They have been charged for allegedly trafficking drugs and keeping cannabis oil. 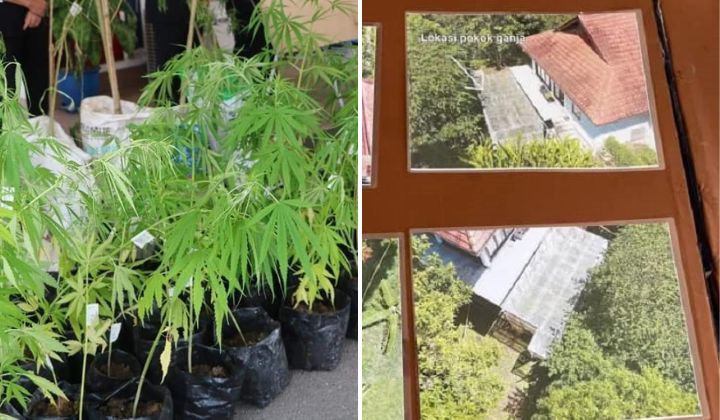 In May 2022, a former Malaysian diplomat, who’s also a ‘Datuk’, and his son were arrested for allegedly cultivating and possessing nearly 100 cannabis trees at their residence in Janda Baik, Pahang.

The police also found dried ganja leaves and containers with liquid inside, believed to be cannabis oil, at the house.

The Malay Mail reported that 78-year-old Datuk Zainal Abidin Alias and his 53-year-old son, Mohamed Riza, were charged today with several offences including the alleged trafficking of dangerous drugs.

Zainal Abidin, who was released from a seven-day remand on 28 May, voluntarily appeared in court today and surrendered himself to be charged.

Their lawyer Rahmat Hazlan confirmed both men were charged under Section 39B(1)(a) of the Dangerous Drugs Act with trafficking and Section 9(1)(b) with keeping cannabis oil at the Magistrate’s Court in Bentong, Pahang.

Mohamed Riza was additionally charged under Section 15 of the same for using tetrahydrocannabinol (THC), the main psychoactive component in marijuana or cannabis.

Section 39B is punishable by a mandatory death penalty upon conviction while Section 9(1)(b) allows for a maximum fine of RM20,000 or a maximum five-year jail term or both.

Section 15(1)(a) includes the offence of consuming or self-administering any dangerous drug specified in Parts III and IV of the First Schedule of the same law. It carries a maximum fine of RM5,000 or maximum two-year jail term.

Since Section 39B is an unbailable offence, both men were not offered bail.

Rahmat said the Magistrate’s Court was also informed that a representation letter had been sent to the Attorney General yesterday regarding both the former diplomat and his son.

The next mention date for the case is on 13 June.