The woman was under stress after her husband was imprisoned and the mother-in-law kicked the family out. 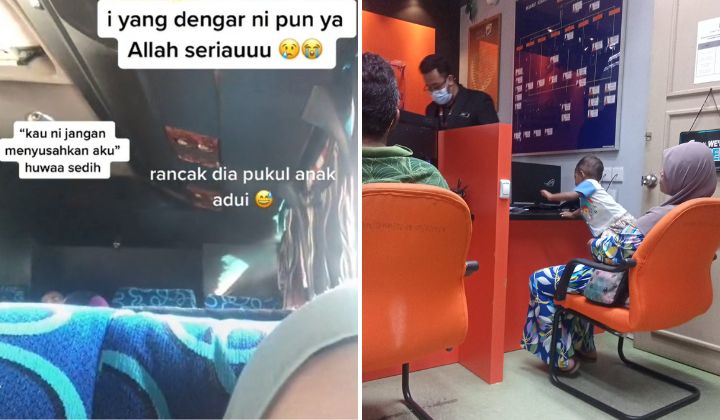 A recent viral video showed a woman hitting and scolding her children while they were travelling in an express bus last week.

Her children could be heard crying in the video that was taken by another bus passenger sitting in a few seats in front of the family.

The bus they were all on was travelling from Kota Bharu to Temerloh.

The woman was then advised by another passenger, who turned out to be a cop, to stop hitting her children.

Netizens quickly got angry and criticised the woman for laying hands on her young children.

There’s more to the story

A Facebook user Shira Ira asked everyone to be kind and understanding to the plight of the woman in the video.

Shira said the woman is facing a stressful time because the woman’s husband was imprisoned for drugs and the mother-in-law also kicked out the woman and her children.

The mother-in-law also never liked her grandchildren because they are children from the woman’s first marriage.

Shira got to know about this because she helped the woman and her children in the past.

According to mStar, the woman was on the way to Temerloh to look for a job. She tried to look for work in Kuantan but couldn’t find a place to stay so they slept in a mosque.

Shira and her mother offered to let the family to temporarily stay at a homestay belonging to her family. At the time, they didn’t know the video went viral.

When Shira and her mother saw the video, her mother insisted they should help the woman and advised the woman not to hit her children.

The woman was ashamed when they told her how they knew she hit her children.

She said she was ashamed. She loves her children but she was under stress due to their situation.

Fortunately, the woman managed to get a job in a restaurant near Chow Kit and there’s someone to care for her children.

Shira implored everyone to stop criticising the woman and pray that the family will have a better life.