KTMB CEO Mohd Rani said the public’s reluctance to use public transport caused the heavy traffic on the road. 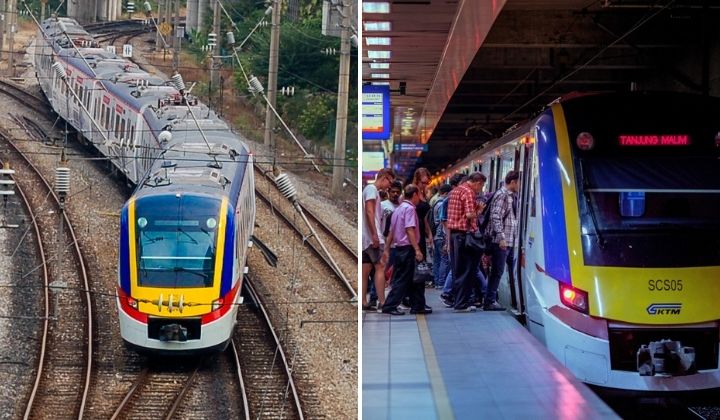 While we do have public transport, the disjointed routes and services just mean some people will never be able to get to work on time. And if you have an unreasonable boss, it’s just bad for you all around.

The largely unhelpful solution is always telling people to wake up and leave their homes earlier. When it takes just as long to get home, there won’t be enough time to rest well and do it all again tomorrow.

If people have to leave their houses earlier and earlier just to get to work in the current traffic, the nation will be barely able to sleep and rest well.

KTMB CEO Mohd Rani Hisham’s recent input regarding the increasingly heavy traffic was tone-deaf for many people and it was an excuse that has been repeated many times.

He blamed the heavy traffic in Klang Valley due to people being reluctant to use public transport such as the KTM trains.

According to Utusan Malaysia, he said KTM rarely reach their full capacity. Although the trains can fit up to 40,000 passengers, only 21,000 people travel on KTM trains daily.

He added that the frequency of trains will be improved in five years’ time.

The frequency will be improved and expected to reach 7 minutes between each train as compared to the current 30 to 45 minutes.

Netizens didn’t take his words kindly and pointed out how out of touch he was with the plight of ordinary citizens.

A netizen, who used KTM for 17 years, stopped travelling via KTM because of its poor frequency. If they missed the first train, it takes a long time for the next train to arrive.

In addition, the MyRail app seems to be malfunctioning and shows no trains available.

The next netizen pointed out that it takes 22 minutes to get to the nearest public transport from their place and said it was better to use that time to drive to work straight.

Example of gaslighting & being so disconnected from reality to look good. Do better. Be better.

Me thinks he has never taken or used ktm to go anywhere.

Also, your MyRail app to check schedule doesn’t work half the time. It just shows, “No station found.” pic.twitter.com/3syIHq3X7W

Try it for yourself

Another netizen also challenged Mohd Rani and his board of directors to get on the ground and experience riding the KTM themselves.

The netizen also offered to teach the group how to commute using KTM so they could experience the hassle and impracticality for themselves.

Of course, the group should experience the daily commute without the usual protocol and travel during peak hours too.

All of the views voiced by netizens showed that they did give public transport a try but it just wasn’t convenient in the long run.

In other words, some of them were willing to travel via public transport but the services seriously need to be better to encourage more people to do the same.

Once the public transport service is improved and proven to be reliable, the crowd will come.

Come on CEO KTM @ktm_berhad take the challenge, experience what the rakyat faces daily during peak hours and see if it is something you would like to do it over and over again. Have some balls. But of course it should be a surpsrise visit no protocol. Walk the talk.

Simple explanation. We use what make our life easier. If getting stuck is easier than riding ktm, thats mean ktm sucks. Fix and improve than maybe people will use it.

Why? Could be because it is difficult to get to and from stations, or the times between trains arrival, or invisible trains that can only be seen by announcers but not passengers? With all the jams, many want to take public transport but you don’t make it convenient.