Najib believes that BN is gaining back the support of the rakyat. 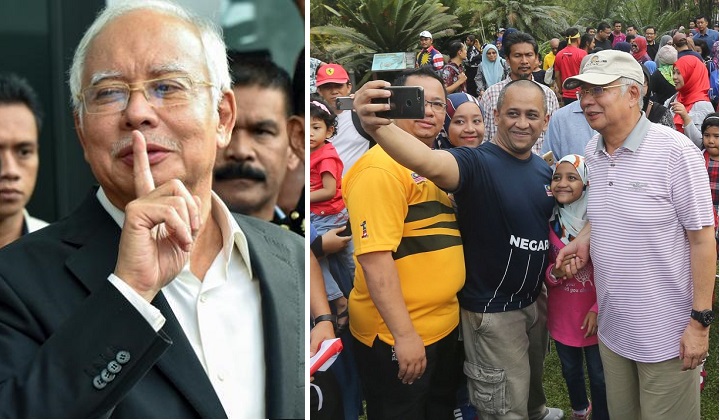 Former premier Datuk Seri Najib Razak believe that the sentiment on the ground is in Barisan Nasional’s (BN) favour, pointing to the “Bossku” chant which he said is gaining “significant traction” among the voters, reported The Star.

According to the report, Najib also said that the chant was not about him but instead is synonymous with BN.

“The winds of change are blowing towards us, towards Barisan. I am confident of this, if not “Bossku” will not be popular on the ground.

“Bossku is synonymous with Barisan,” he was quoted as saying.

Najib said this at a forum held in conjunction with BN’s convention, today.

The Pekan MP, who is also BN’s advisory board chairman, also said that he was reluctant to face the public following the coalition defeat in the last general election.

“When I went to the mall, no one wanted to take photos with me. The Chinese will look at me from afar.

“But now, people will queue to take photos with me. I believe this is an indication that support has returned to Barisan.”

Ismail, who is also one of UMNO’s three vice-presidents, however, said that he is waiting for the right time to call for an election, as he points out that Malaysia is facing a tough economic situation due to the rise of inflation.