The 8 suspects picked up from Kapar and Klang are aged between 14 and 21 years old. 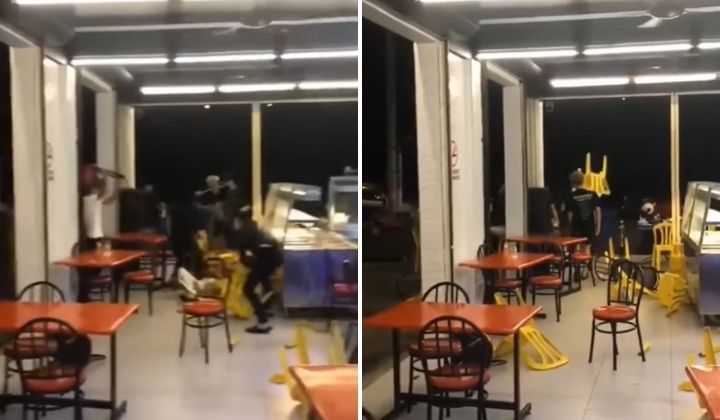 Two groups of students fought over a schoolgirl at a restaurant in Taman Ehsan Jaya at Pandamaran, Klang, around 2.10am on 24 May.

The fight was caught on video and showed the group throwing chairs at each other.

According to Free Malaysia Today, at least two individuals were seen hitting another person with a baseball bat. The video also showed three people dragging away another person across the road.

Sinar Harian reported that the police picked up eight boys aged between 14 and 21 years old around Kapar and Klang.

Based on investigations, the boys admitted that the fight involved a fight over a schoolgirl.

There was an element of gangsterism involved when friends of both the main suspect and victim interfered in the matter.

All suspects were remanded for six days. The police said two of the suspects have previous criminal records for numerous offences.

The case is investigated under Section 148 of the Penal Code for rioting and Section 326 for causing grievous hurt.