The Court of Appeal panel said the case advanced by M Ravi and Violet Netto lacked factual bias and seemingly done to delay the execution. 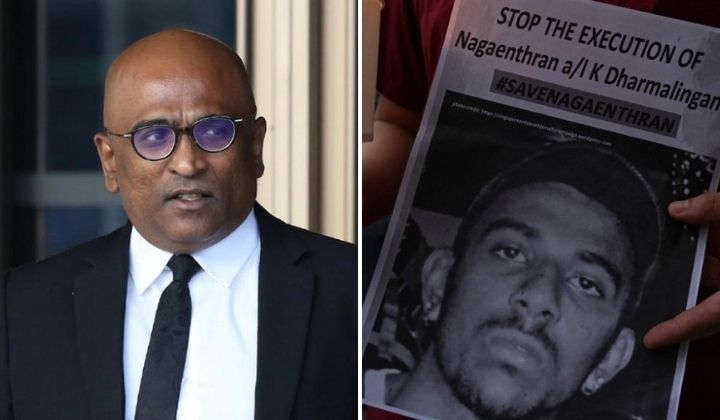 The five-member Court of Appeal panel led by chief justice Sundaresh Menon on 25 May said the case was advanced by M Ravi and Violet Netto “lacked factual basis.”

They believe the lawyers “drip fed” the supposed evidence and tendered documents at the last possible moment.

Nagaenthran, who was executed on 27 April, had been on death row since 2010 for smuggling heroin into Singapore.

He was declared to be suffering from intellectual disability with an IQ of 69 during the trial. However, the court found him to be not “substantially impaired” and that he knew that he carried out an illegal act.

Before he was scheduled to be hanged on 10 November 2021, Ravi filed an application to seek judicial review of the impending execution.

He also filed another application asking for a stay of execution to allow Nagaenthran to be assessed by a psychiatric panel.

However, the court dismissed the legal actions. The court also said the case was baseless and that there was no admissible evidence to show Nagaenthran’s declining mental condition.

The court saw the proceedings as an abuse of the court’s processes and seemingly conducted to delay the execution.

Back in March 2022, rights group Lawyers for Liberty (LFL) spoke against the Singapore government over attempts to stop or discourage rights lawyers from taking public interest cases.

According to Malaysia Now, the statement referred to the applications by the Singapore Law Society and the attorney-general to stop prominent lawyer M Ravi from practising in the republic.

It is undeniable that M Ravi is being singled out, in view of the numerous applications filed against him for representing the death row inmates. The exorbitant costs orders sought against him, as well as other lawyers like Violet Netto and Charles Yeo reflect the bleak legal landscape in Singapore where lawyers are actively punished and deterred from taking on public interest cases that directly challenges the government or the system.

According to Malaysiakini, Nagaenthran’s mother had to represent herself in court in a last-ditch effort to save her son when she couldn’t find any Singapore lawyers willing to stand for her.

The lawyers were said to fear getting penalized by the Singapore AGC and judiciary.