The child in the photo developed rashes which turned into blisters before rupturing. 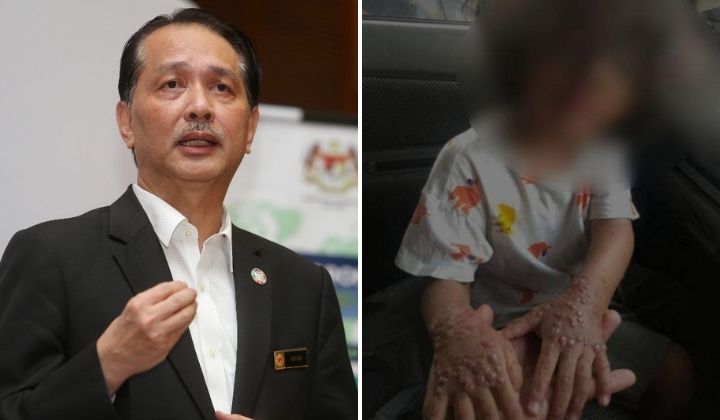 A recent viral photo showing a child in Malaysia allegedly suffering from monkeypox has been proven to be incorrect.

READ MORE: KKM Says Haven’t Received Any Reports Of A Child With Monkeypox

The Health Ministry (KKM) confirmed that the 3-year-old child in question is infected with the Hand, Foot, and Mouth Disease (HFMD).

The child has been brought to a government health clinic in Batu 14, Selangor, for examination after the child displayed symptoms such as a fever on 13 May and broke out in rashes on 16 May.

The rashes later became blisters on 19 May before rupturing on 21 May.

The toddler is currently getting treatment and monitored at Hospital Kuala Lumpur.

Two samples were taken and brought to the National Public Health Laboratory for testing over several types of viruses, including HFMD and smallpox.

The test results confirmed HFMD positive for Coxsackie A6 virus and negative for monkeypox as well as other viruses tested.