This has been billed as the biggest haul of ganja trees by the police. 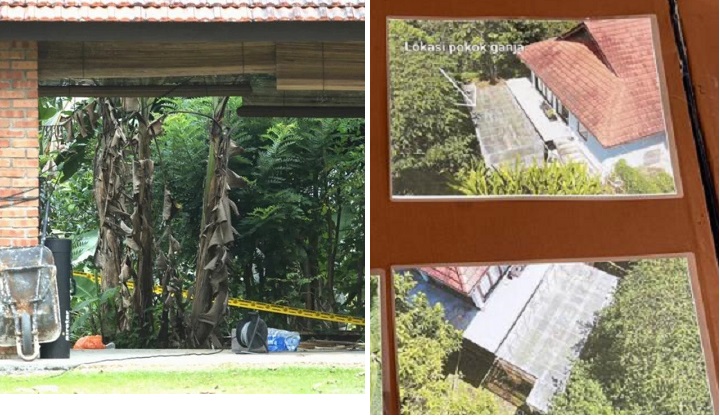 A former Malaysian diplomat, who is also a ‘Datuk’, together with his son, is under remand until 28 May after they were arrested for allegedly cultivating and possessing nearly 100 cannabis trees at his residence in Janda Baik, Pahang.

The duo was arrested yesterday after police raided their home, in what has been billed as the biggest haul of the cannabis plants as most seizures involved those planted in pots.

“Urine test results found that the suspect (the son) was positive for cannabis while his father was negative,” Pahang police chief Datuk Ramli Mohamed Yoosuf was quoted as saying by Malaysia Gazette.

The police had also found dried ganja leaves and containers with liquid inside, believed to be ganja oil, at the house.

Both the former diplomat, who used to serve the Malaysian embassy in Southeast Asia and the Middle East, as well as his son, had no previous criminal record.

According to news reports, the value of the seized crop around the house perimeters is said to have amounted to RM61,200 and has been in cultivation since 2015.

The case is understood to be investigated under Section 39B, Section 6B and section 6 of the Dangerous Drugs Act 1952.

The police are still probing the objective of farming the plant on a large scale and how the suspect obtained the cannabis seedlings.

The confiscation was carried out by the Bukit Tinggi Police Station and Bentong District Police Headquarters.