The man claimed that the statue was on his way when he was passing the area. 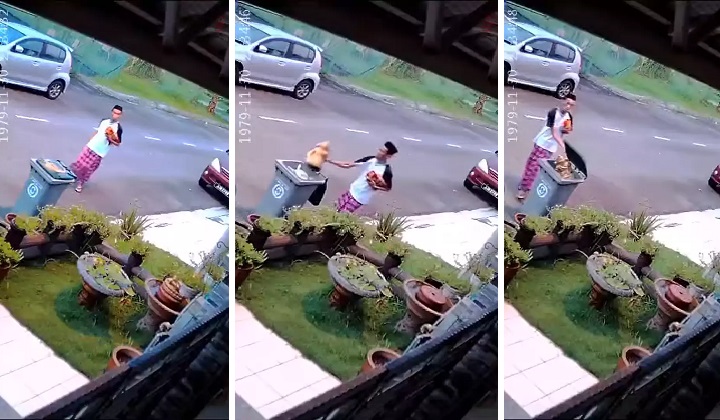 The individual who was caught on CCTV recording throwing out a statue of Hindu deity Lord Ganesha which belongs to someone else in Taman Scientex Senai had been fined RM2,500 by the Kulai Magistrate Court.

23-year-old restaurant assistant Gabriele Jungkak Steward was found guilty of mischief for pulling out the statue of Lord Ganesha belonging to a resident of Taman Scientex Senai before throwing it in the rubbish bin.

He was charged under Section 427 of the Penal Code which provides for imprisonment of not less than one year and a maximum of five years, with a fine, or both.

He faced a three-month prison sentence should he fail to pay his fine.

In his appeal, Gabriele Jungkak said that the statue was blocking his path when he was passing through the area although the video of the incident showed otherwise.

According to the Malay Mail, the accused had also admitted to throwing and burning other decorative religious statues at different locations and at different times.

The police were previously on the lookout for the suspect following a report from a man regarding the recording of the incident which had since gone viral over social media.

The incident had also caused a stir among netizens.