Some netizens alleged Henry Golding got the titular role in the movie because he is half-white and has a British accent. 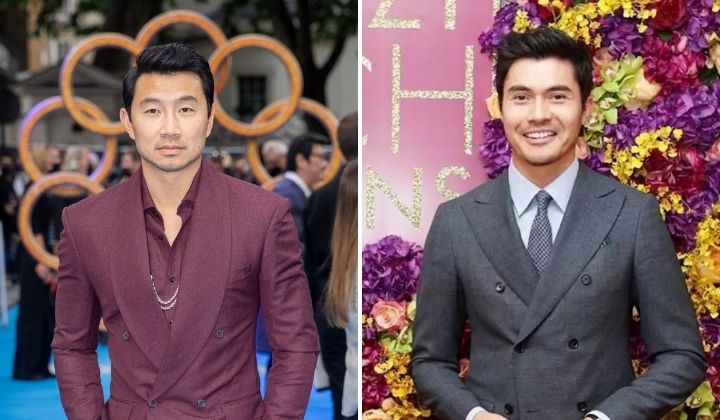 Simu Liu recently triggered an uproar on Twitter when he shared with IndieWire that he lost a role in Crazy Rich Asians after auditioning four times.

He was told he didn’t get the role because he didn’t possess the It factor.

Simu Liu revealed that he auditioned four times for “Crazy Rich Asians” and ultimately lost out on the role. Why? Liu was told he didn’t have the “It” factor for Hollywood: “I didn’t have that thing that made people want to watch it.” https://t.co/7kh54Ge7mV pic.twitter.com/EbJA1VTYLP

It didn’t take long for a few netizens to allege that Henry Golding got the lead role in Crazy Rich Asians because he is half-white while Simu Liu isn’t biracial.

To top it off, Golding has a British accent. The netizen added that Golding possesses a more conventionally attractive look than Simu Liu.

seeing a bunch of nonwhite people claim that Simu Liu doesn’t have the right “look” for the role and finding it wild that nobody is connecting this to the fact that Henry Golding is half white. all they keep saying is “look at the material.” y’all some losers lmao. https://t.co/DOoQmB19UW

Let’s be real, it’s because Goulding is more conventionally attractive & has the British accent. But it worked out. I can’t imagine Lui in that CRA role nor Goulding in the Shang Shi role (if he had Chinese ancestry).

Malaysians were quick to jump in and defend the decision to cast Henry Golding as Nick Young in the hit film.

Malaysian netizens pointed out that Henry Golding is half-Iban which makes him closer to the character’s background. They also said Golding isn’t white-passing and explained that a lot of men in East Malaysia look like Golding.

He is a native Iban/East Malaysian – and not white passing unless you think all Asians are Chinese. Maybe you calm down. Asians come in many colours and I can find plenty of guys that look like him back home with no white ancestry.

Seeing this discourse is making my blood boil as a Southeast Asian and YES half-whiteTM. What OP is inadvertently doing is AGAIN making Asians a monolith, the premise leaving out that Simu Liu and Henry Golding are two different ethnicities. Henry Golding is SEAn, Simu Liu is NOT https://t.co/UNPmskVMvX

They also pointed out that Golding is Southeast Asian while Simu Liu is not. In other words, not all Asians are the same or have the same skin tone.

To demonstrate how not all Asians look the same, netizens even shared pictures of other Asian men.

At the end of the day, a netizen’s question sticks out the most. The netizen questioned why does society have to pit two Asian men who have their own strengths.

Owh… IF they know Indonesia, we even have the most diversity in looks among all of our SEA bros/sis. We have the white pale-yellow-brown-very dark brown (almost black) skin, straight-wavy-curly hair, slanted to big round eyes, pug to sharp nose. & all are natives. 🤭

For everyone say henry is white passing first two pic are SEA actor(thai) and last pic is malaysian hot astronut sheikh muszaphar shukor. They re 100% asian. This is how hot SEA look likes educate your self about how we look. Not all asian are east asian!!!! https://t.co/CigPriRfyi pic.twitter.com/PimJqKiGxu

Why do they feel the need to pit the two against one another because they are both asian, is the idea of more than one handsome asian actor existing more than they can comprehend?