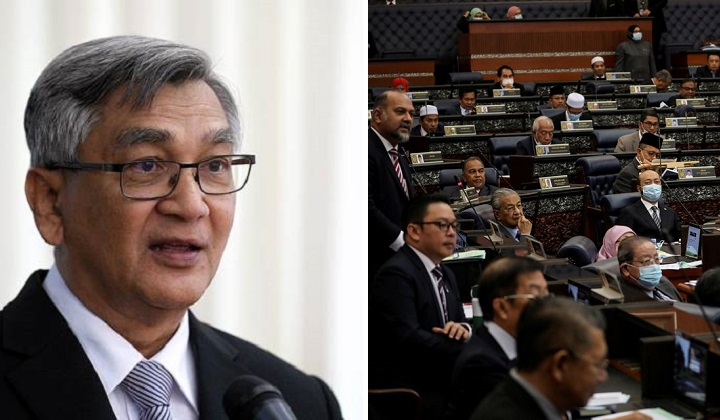 Former Parliament speaker Tan Sri Mohamad Ariff Md Yusof said that it was difficult for him to implement internal reforms in the lower house as the culture had become toxic and likened the proceedings to a “pasar malam”.

He said this during a forum on his new book, “Parliament, Unexpected” last night.

“To me, the biggest problem (when it comes to reforms) is the Parliament culture. I tried to change bits of it, but didn’t fully succeed, because of the toxic nature of the proceedings.

“It’s not to say (the culture) was never present. It was during the initial phases. In the very early days of Parliament, MPs had behaved well, despite all the debates.

“But it later evolved into something akin to a pasar malam (night market),” he was quoted as saying by The Vibes.

He said that he had tried to ease some of the toxicity during his nearly two-year stint as a speaker. Among other, he added, is by forming the parliamentary special select committees (PSSCs).

According to Ariff, even then, it took some persuasion for the Pakatan Harapan (PH) cabinet to come on board with his idea.

“I tried to make sure the politicians understand the need to have a strong committee system. After two years, I have set up 10 PSSCs.

“But after the Sheraton Move, Perikatan Nasional came in and reversed everything we have worked for. We will have to start again from scratch.”

He believes that many more reforms could have been implemented had it not been for the change of government.

It should be noted that Ariff had allowed MPs to ask more than three supplementary questions to ministers during the question-and-answer time on important issues.

He also introduced the Prime Minister’s Question Time session, compelling the head of government to present himself in the house to take questions from lawmakers.

The Sungai Petani born judge turned politician is a graduate of the London School of Economics (LSE) with a Bachelor’s degree in law.

He was made a full judge at the Malaysian High Court in 2009 before he was elevated to the Court of Appeal in 2012. He retired from the Judiciary System in 2015.

Among the notable cases that he’s involved with is the 2009 Perak constitutional crisis. He is also the lead judge that removed the Home Ministry’s ban on the book authored by the Sisters in Islam (SIS) entitled “Muslim Women and the Challenges of Islamic Extremism”.

Ariff left PAS for Amanah after the party’s split.

He resigned from all of his Amanah posts on 1 July 2018 to become the Parliament’s speaker.