The policeman had allegedly blamed the cosplayer’s outfit and lifestyle choices for the harassment she received. 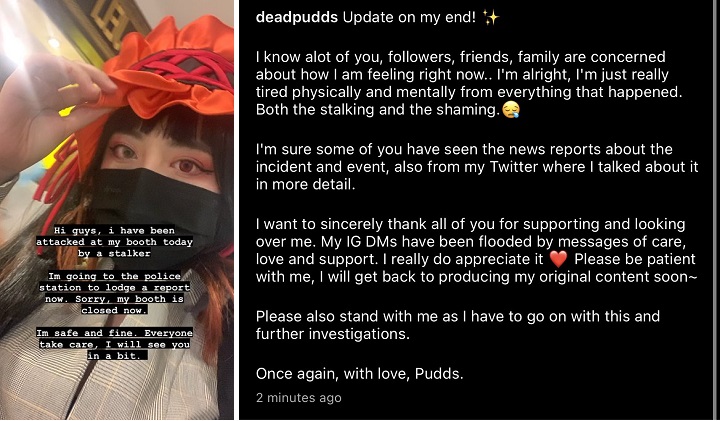 The police are conducting an investigation on its personnel for uttering inappropriate remarks after he allegedly blamed a cosplayer’s outfit for causing her to be stalked and harassed, reported Malaysiakini.

“We will also release a statement [on the matter] soon,” he was quoted as saying.

Yesterday, a cosplayer complained that she was ‘slut-shamed’ and blamed for the harassment she received by a policeman who’s taking her report at the Kelana Jaya police station.

I went to the police station in my cosplay because i needed to make the report fast. The officer told me “u pakai macam ni, jual gambar macam ni, ini adalah consequences you.” “You pun juga salah”. Tiba2 event kena stalk kena slut shame buy1free1

The 21-year-old woman tweeted that she was told that her cosplaying hobby and lifestyle are partly to blame for the stalking incident.

She said that her stalker had harassed her at the Anime Fest held in Paradigm Mall and she went straight to the police station after the incident while still in her costume.

Son Allegedly Assaults Mom For Not Keeping The House Clean

Stalking To Be Criminalised By December, Putrajaya Seeks To Pass Anti-Stalking Bill In Parliament