Dr Mahathir said that the legal move was just a decoy to cover for Zahid’s lies. 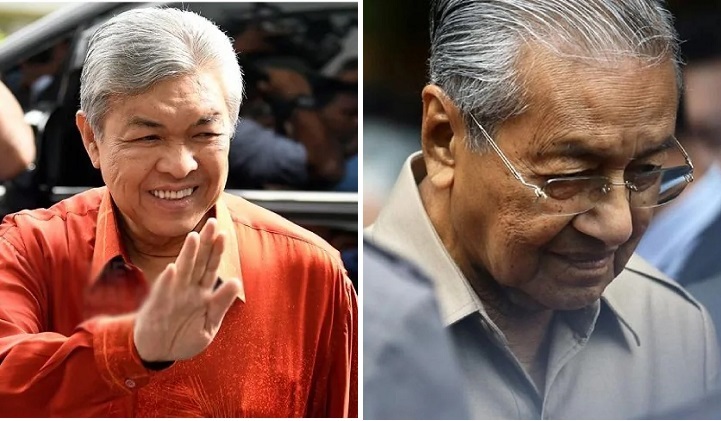 Tun Dr Mahathir Mohamad said that he is ready to testify against UMNO President Datuk Seri Ahmad Zahid Hamidi over claims that the latter sought his intervention to stop the probe and charges he faces post-2018 General Election.

In a series of tweets, Dr Mahathir said that Zahid serve him with a defamation suit over the remarks he made in front of Pejuang members, which had been shared on social media.

“Since this will go to the court, I don’t wish to deliberate further on Zahid’s allegation,” the Langkawi MP said in Twitter, while adding that he is ready to face Zahid in court.

Mahathir also said that he is “fed up with Zahid’s attitude” claiming that Zahid is only using the legal channel to cover his lies.

“Zahid is a deceiver. White-man describes this (behaviour) as a compulsive liar,” he continued, also recalling Zahid’s allegation against him that he is not a person of Malay ethnicity.

In 2017, Zahid claimed that he had sighted Mahathir’s identification card, which listed his name as Mahathir a/l Iskandar Kutty. Zahid suggested that this proves that Mahathir lied about his race.

Mahathir said that the allegation by Zahid was a mere political ploy to depict him as an ethnic Indian that had lied and used the Malays for 22 years when he was in office.

Admitting that he has Indian ethnicity in his heritage bloodline, Mahathir however insists that he is indeed a Muslim practising Malay by birth and through the definition of the Malaysian Constitution.

“My parents are born in the Tanah Melayu before Merdeka and we are all Muslims. Ever since I was a kid, we spoke Bahasa Melayu and practice the Malay culture and traditions in our home.”

Mahathir said that he never likes resorting to suing his detractors in the past as he understands that anything goes in politics, however, he is considering taking Zahid to court.

He said that Zahid’s attitude has become more “disgusting than ever” and he should be given a lesson.

“Not only (his lies) damages my reputation but his deceitfulness towards UMNO and the Malays to maintain his power is too dangerous,” said Mahathir.

Mahathir also challenged Zahid to prove his claims that he is not Malay or apologise for questioning his race and identity. If Zahid fails to do so, Mahathir said, then he will have to bring the matter to court.

Zahid had filed the suit against Mahathir on 20 April, claiming that the twice former prime minister had defamed him by alleging he that had sought for help to resolve ongoing court cases and investigations.

He also vehemently denied seeking help from anybody to interfere with the justice process.