Selangor top the list of infected cases in the country. 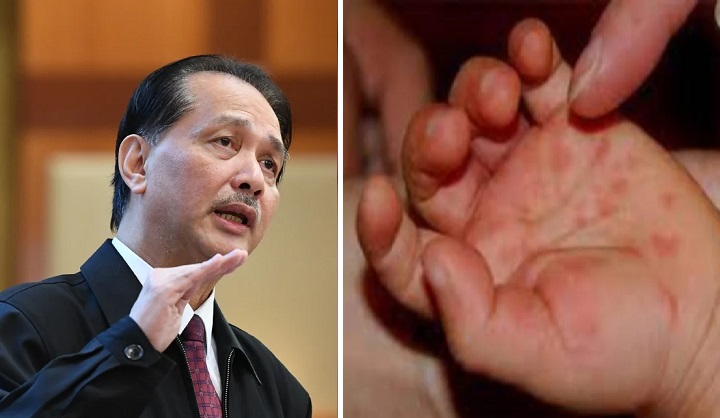 There has been a stark increase in the Hand, Foot and Mouth Disease (HFMD) in 2022 as the number of confirmed cases rose 15-fold compared to last year, says Health director-general Tan Sri Dr Noor Hisham Abdullah.

According to Noor Hisham, up till the 19th Epidemiology Week, there has been a total of 31,661 HFMD cases recorded across the nation, as compared to the 2,121 cases recorded in 2021 over the same period of time.

Up till 14 May, Selangor had been the highest hit state with a total of 8,864 cases recorded, a whopping 28% of the total recorded case in the country. Kuala Lumpur and Putrajaya meanwhile are second and third with a total 4,421 cases each, says Noor Hisham.

“Sabah and Perak both contributed eight per cent and Kelantan had 2,493 cases as of May 14, which is 7.9 per cent of the total, while other states recorded around or below 1,500 cases,” Hisham said in a statement today.

He said that there were also 889 outbreak cases – where two or more cases were detected in the same locality – being reported in Malaysia during EW19, with the majority of the outbreak taking place at kindergartens.

Noor Hisham added that 94% of the cases involved children aged from six to 10 years old, while the remaining 5% infected children between the age of seven to 12 years old.

Dr Noor Hisham explained that the highly contagious HFMD is linked to one’s environment and hygiene, while also urging parents to refrain from sending their children to public areas, schools, kindergartens or child care centres as they will spread the disease.

He also suggests that kindergartens and childcare centres safeguard their premises and ensure that none of the children under their care is showing any HFMD symptoms.