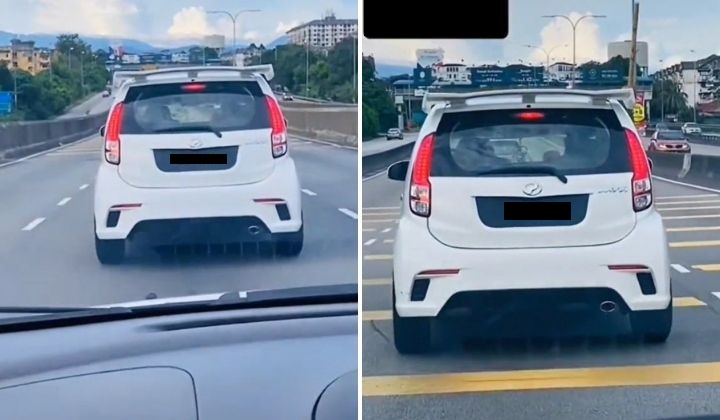 A Perodua Myvi driver who drove recklessly and tried to intimidate another road user on the Middle Ring Road 2 near Taman Layang-Layang in Kepong has been arrested.

In a video posted on 8 May, the white Myvi braked on the road several times and blocked the car behind from passing or overtaking. The car behind almost hit the Myvi due to this.

When the Myvi was honked at, the Myvi driver held a long stick out of the window and yelled something. A second video showed that the Myvi driver continued harassing the driver behind him even after they changed lanes.

The driver who was harassed and recorded the video lodged a report at Jalan Tun HS Lee Traffic Police Station.

Sentul police chief Beh Eng Lai said the 31-year-old Myvi driver was arrested on 12 May in Kuala Selangor. The suspect has previous criminal offences and will be remanded for three days until Sunday.

According to Free Malaysia Today, the arrest enabled the police to solve cases of vehicle thefts reported in Kuala Lumpur, Selangor and Johor.