The orange school van ferrying 8 students could be seen travelling against the traffic. 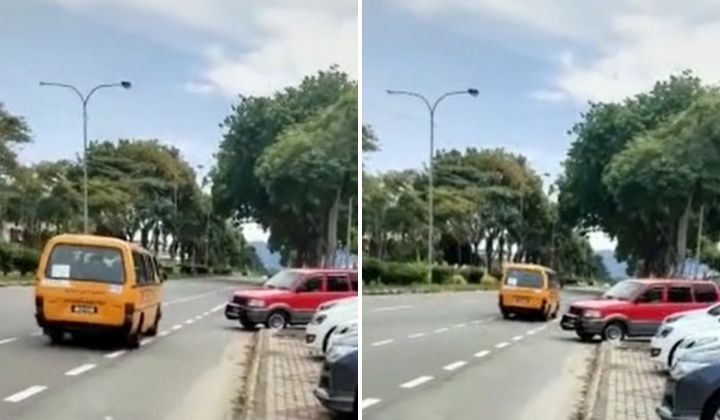 A 74-year-old man who drove the school van against the traffic flow along Jalan Lumut-Sitiawan has been arrested by the police around 8.20pm on 12 May.

A man managed to record the dangerous act yesterday evening and uploaded the video on TikTok around 6pm. He also tagged the police in the caption.

The school van going against traffic is endangering the children.

A man recording the video said.

Investigations revealed that there were 8 school children aged 13 and 14 years old in the van during the incident. Fortunately, no one was hurt.

The van driver admitted driving recklessly because he was rushing to send all the children home from Sekolah Menengah Kebangsaan Tok Perdana, Sitiawan.

The case is being investigated under Section 42 (1) of the Road Transport Act 1987 for reckless driving.

Members of the public with information should contact IPD Manjung at 05-6886222 or any nearby police stations to help with the investigation.