The boy drove himself and his siblings to school because their mother didn’t get ready in time to send them. 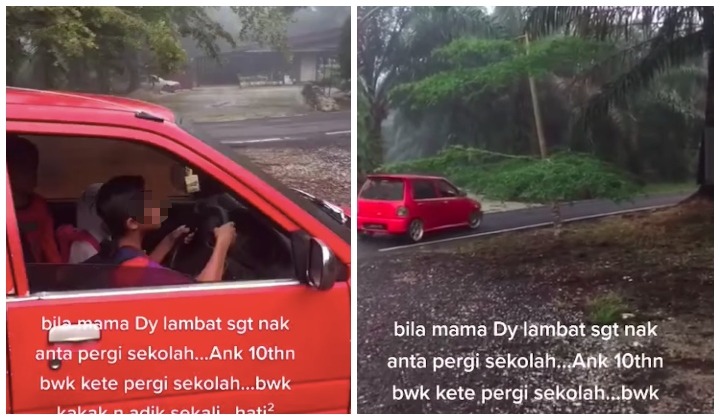 A married couple surrendered themselves at the Pontian police station around 10am yesterday (12 May) after the video showing their 10-year-old child driving a car to school went viral on TikTok.

According to Pontian police chief Superintendent Mohamed Shofee Tayib, the video was uploaded on Facebook by someone else on 10 May.

The video, which has been removed online, showed a boy driving a red Perodua Kancil with two of his siblings as passengers (a 3-year-old boy and a 6-year-old girl).

Berita Harian reported that the children decided to get themselves to school in a car when their mother was running late.

Investigations revealed that the incident happened on Tuesday, 10 May at around 7am in Pekan Nanas in Pontian, Johor.

The case is investigated under Section 42 of the Road Transport Act 1987 and Section 33 of the Children’s Act 2001 for leaving an underage child without reasonable supervision and allowing the child to drive.