The low-cost carrier also pledged to give full cooperation to the Domestic Trade and Consumer Affairs Ministry in order to address the issues faced by its consumers. 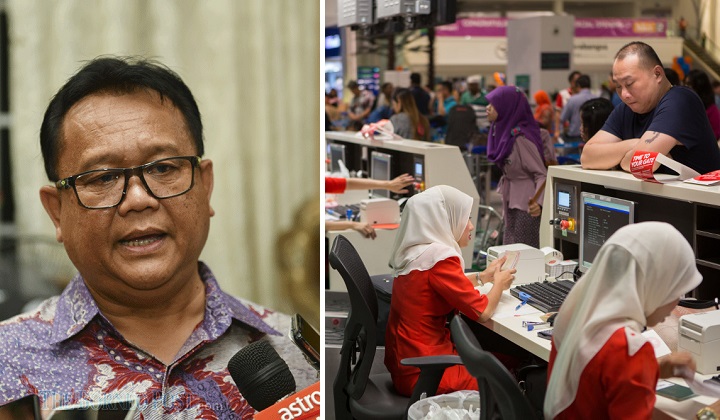 AirAsia pledged to increase the number of operational aircraft in stages by July in order to cope with consumers’ demand.

This was conveyed to the Domestic Trade and Consumer Affairs Minister Datuk Seri Alexander Nanta Linggi during his meeting with the low-cost carrier management yesterday, reported Bernama.

In the meeting, the AirAsia management explained the issue at hand that caused a series of delays and cancellations of flights, and the mitigation plan in order not to repeat the fiasco.

“It includes increasing the number of aircraft in stages (compared to 40 currently) to meet demand, earliest by July, and customer complaints will be resolved through four AirAsia channels,” Nanta was quoted as saying.

He also added that AirAsia Bhd, excluding AirAsia X, had refunded its passengers without any issues, adding that the low-cost carrier management had agreed to cooperate with the ministry to address issues faced by the consumers.

In denying allegations that he sided with AirAsia on the incident, Nanta said that his ministry took proactive steps in dealing with the complaints from disgruntled consumers regarding the flight delays and their compensation claims made against the airline.

“Due to the complaints made to the ministry and on the policy of this ministry that oversees consumer affairs, I have contacted AirAsia to seek further clarification on the problems besetting fliers.

“The accusations stating that I favour AirAsia are unfounded, and I hope it will stop.”