The group had filed an appeal to overturn the Court of Appeal’s decision in allowing Azmin to strike out the suit against him two days ago. 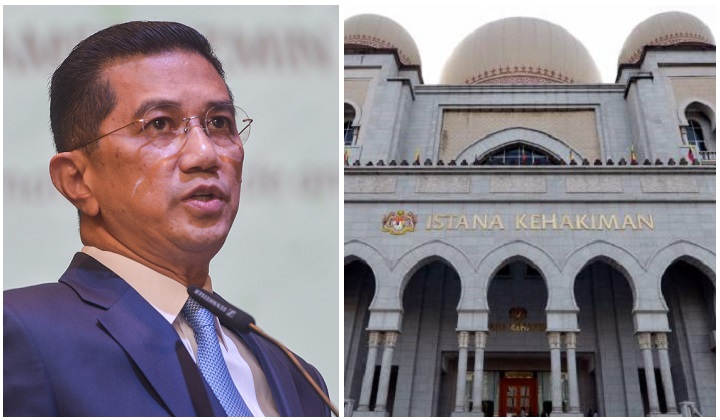 The group of voters who filed a lawsuit against Gombak MP Datuk Seri Azmin Ali had turned to the Federal Court in their bid to set aside the Court of Appeal’s (CoA) decision to strike out their suit.

The voters’ lawyer N Yohendra said that the group – who filed a suit against Azmin for alleged deceit and breach of fiduciary duty – had filed nine questions of law two days ago to obtain leave from the apex court to hear the merit of their appeal.

Among the questions filed was whether an action for deceit or breach of fiduciary duties can be maintained by voters against an MP or assemblyman elected by voters.

They also questioned whether an elected representative’s rights to freedom of association under the Federal Constitution were subject to his fiduciary duties to the voters, reported news portal FMT.

Last month, a three-member CoA panel chaired by Justice Datuk Yaacob Md Sam had unanimously set aside the High Court decision to dismiss Azmin’s application to strike out the suit.

“We find that the respondents’ claim is obviously unsustainable. The action by respondents is bound to fail.

“There is no necessity for the suit to proceed for a full trial,” said Yaacob.

The other two judges that sat on the panel are Datuk Lee Heng Cheong and Datuk Hashim Hamzah.

On 30 June last year, the Kuala Lumpur High Court disallowed Azmin’s application to strike out the suit. Justice Datuk Akhtar Tahir, in delivering his decision, said there were triable issues in the matter and set the trial from 7 June to 10 June this year before CoA overturned it.

The suit against Azmin, who is also the Senior International Trade and Industry Minister and the Bukit Antarabangsa assemblyman, was filed on 27 November 2020.

The group who filed the suit claimed that Azmin had betrayed the voters due to his role in the ‘Sheraton Move’ which saw the demise of the Pakatan Harapan government.

Following the incident, Azmin, who was then the PKR deputy-president, left the party and had since joined Bersatu and sits in the party Supreme Council line-up.

Azwan Ali Dreams Of Talking To Late Mother, Pulls Out From Gombak On Her Advice

GE15 Nomination Day: As It Unfolds