Three separate aircraft failed to take off due to the malfunctioning of their auxiliary power unit (APU), leaving them without electricity and the comfort of the AC. 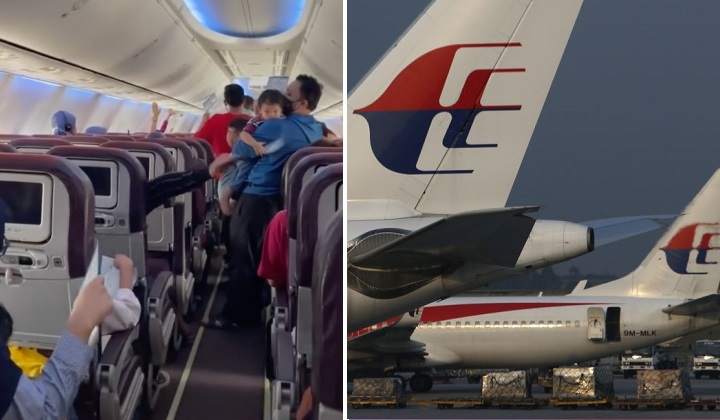 Malaysia Airlines has issued an apology to the passengers on board three of its aircraft that faced technical issues, leaving the plane with no electricity which led to the temperature inside the cabin becoming scorching hot.

The national airline however said that all three incidents are not related as each aircraft faced separate technical issues.

“The APU system is a component fitted on an aircraft that supplies electrical power and pressurised air for the air conditioning system and engine starting on the ground.

“When anomalies are detected on the ground before take-off, an aircraft cannot be powered up, resulting in a warm cabin environment,” MAS said in a statement.

In order to ensure that there will be no repeat of the same incident in the future, MAS said that it will ensure that passengers are moved to the boarding hall within 10 minutes after an issue is identified while the rectification process is taking place

The heat inside the cabin had forced several parents to remove their children’s clothing in an attempt to help alleviate some of the heat.

Several disgruntled passengers also confronted the cabin crew while questioning the quality of service that MAS is providing.

READ MORE: [Watch] MAS Passengers Suffer Without Air Cond For Over An Hour Due To Faulty System