There are only 40 airplanes available at the moment compared to almost 100 aircrafts prior to the pandemic. 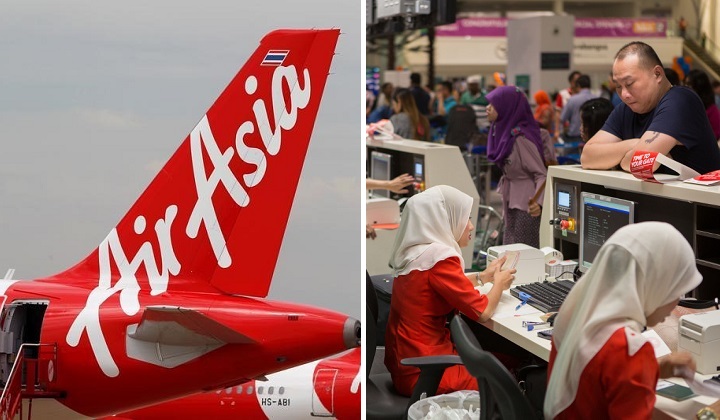 Low-cost carrier AirAsia apologised to disgruntled air travellers for flight delays and cancellations during Hari Raya and Labour Day, citing the lack of airplanes as among the reasons for the fiasco.

As it stands now, the airlines are mobilising all 40 available aircraft that had been given the green light to be used in their operation, said AirAsia Malaysia chief executive officer Riad Asmat.

“AirAsia Malaysia is now operating with only 40 aircraft compared to almost 100 pre-pandemic.

“This is due to the long waiting queues for aircraft maintenance facilities in Malaysia and the region before an aircraft that had not been in operation for a while can be declared safe to fly again, as directed by the Civil Aviation Authority of Malaysia,” he quoted as saying by Bernama.

He added that AirAsia is doing everything it could to ensure all travellers reaching their intended destinations.

“We tried our best to ensure minimum impact to all guests and ensure that everyone could arrive at their respective destinations soonest possible and this included the launch of special flights to carry stranded passengers,” he said.

In explaining the situation further, Riad said that apart from the increasing demands for both local and international destinations, there were also common damages and technical issues cropping up while doing routine inspection on the airplanes.

These, as well as several unforeseen incidents such as bird strikes, damage due to foreign objects and lightning strikes that resulted in between three and five aircraft having to be removed from the schedule during the period.

Riad said that AirAsia’s priority now is to minimise the incidents of flight cancellations delays, while also added that any changes to the flight schedule will be notified to its passengers via email and SMS to the number registered during ticket bookings.

Customers can contact the AVA live chat via the AirAsia Super App or visit the airasia.com website or the AirAsia service counter at the nearest airport if they need more information or assistance, he added.

AirAsia’s public apology came after the Domestic Trade and Consumer Affairs Minister Datuk Seri Alexander Nanta Linggi following his ministry will carry out an investigation on the rise of domestic flight delays and cancellations, as per vented by unhappy travellers who were stuck at the airport for hours.