Both parties will be slapped with severe punishment for their negligence. 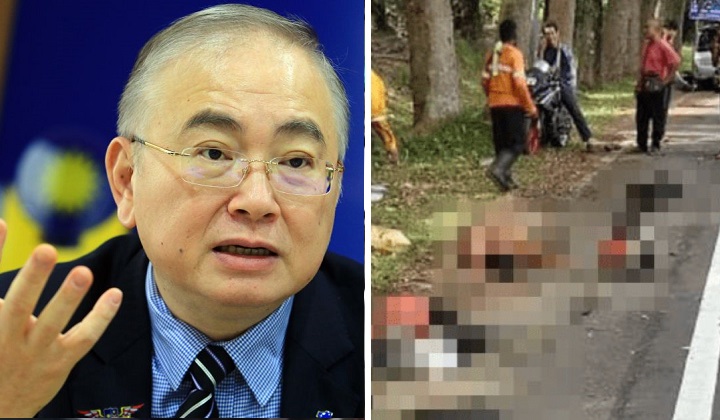 Dr Wee said that under the Road Transport Act, negligent vehicle owners can also be charged alongside the underage driver if they were caught flaunting the law.

”According to the Road Transport Act, anyone who allows their underage children to drive without a license, not only the driver will be held responsible, but the owner of the vehicle too,” he was quoted as saying by The Star.

The Ayer Hitam MP said that allowing a minor to be operating any vehicles will only cause further problems as they are not covered under insurance since they do not process a driving license.

He was commenting on the fatal traffic accident involving an unlicensed 16-year-old student who crashed the MPV he was driving into two grass cutters, killing one of them, in Sungai Petani on 7 May.

In a related matter, Dr Wee said that the government banned certain micromobility vehicles on roads to protect all road users from any unwanted accidents.

Citing a report from a local Chinese daily, Dr Wee said that certain micromobility vehicle riders posed dangers to themselves and others by riding blatantly on the road.

Dr Wee suggested for the micromobility vehicles to be allowed for usage on a specific lane, which fell under the jurisdiction of the local authorities.

This is to avoid a finger-pointing situation should a micromobility rider meet with an accident with another vehicle.

”Who will be held responsible? In the end, the government would end up being blamed,” he said.

Dr Wee also added that the ban does not apply to micromobility vehicles designed for persons with disabilities.

”There is no oppression here. We will take action against whoever is at fault. There’s no taking sides in our policies,” he added.