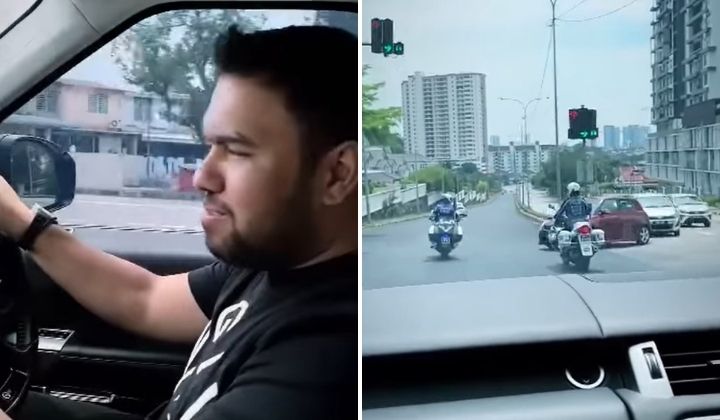 A video showing outriders escorting the son of Baling MP Datuk Seri Abdul Azeez Abdul Rahim through the streets of Penang went viral and is currently being investigated by police.

In a second video, an oncoming car could be seen braking at the last minute and narrowly missed the outrider when they were signalled to stop and let Khairul’s car run the light.

It’s believed that Khairul was in Penang for his wedding. The Vibes reported that Shuhaily did not comment when asked whether Khairul was in the state for government business that required police escorts.

Due to the outcry online, Penang police chief Datuk Mohd Shuhaily Mohd Zain said the authorities are looking into the alleged incident and will be investigating the two policemen involved.

JSPT will not compromise on any abuse (of traffic escort services) even though the matter is not under our purview.