The authorities believe the snake is still in the owner’s possession and hidden someplace. 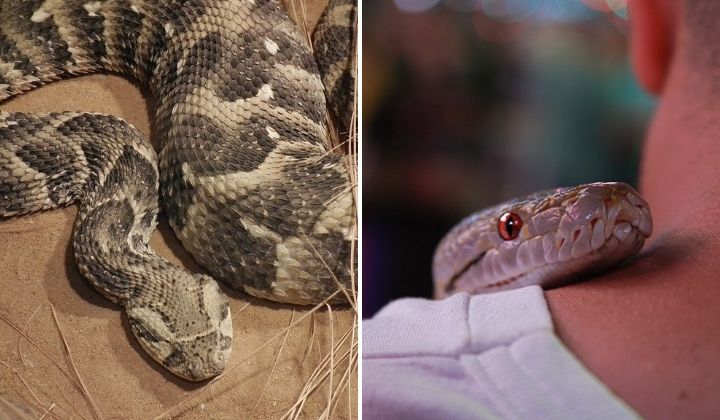 A Selangor man in his 30s died after he was bitten by a puff adder, a highly venomous snake brought in from the African continent.

New Straits Times reported that the man was helping his friend, an exotic pet keeper, when he was bitten on both arms on Friday, 6 May.

Unfortunately, the high venom load led to a more severe envenomation syndrome. The victim died 23 hours post-incident while the antivenom (Antivipmyn-Africa) was being procured from the Singapore Zoo.

Local snake experts wanted to prevent the serpent from escaping into the wild but attempts to capture the exotic snake have been futile. The authorities believe the animal might still be in the owner’s possession and hidden somewhere.

It seemed like the snake got away while the owner was trying to save the victim. Both the victim and owner told doctors they didn’t know where it went.

Dr Teo Eng Wah, a senior lecturer at Universiti Malaya and a co-author of a book on snakes in Malaysia, was asked to help look out for the snake.

The snake could be anywhere after two days and I am not even sure if the snake had escaped.

Dr Teo Eng Wah, a sports scientist by profession but helps the government in snake-related issues.

Associate Professor Dr Ahmad Khaldun Ismail from Hospital Universiti Kebangsaan Malaysia Department of Emergency Medicine said this was the first recorded case of a snakebite envenoming from this snake species in Malaysia.

Previously, there were only two cases of bite envenoming from exotic rattlesnakes.

This incident highlights the danger of keeping exotic venomous animals without proper documentation and registration with the authorities.

The puff adder (Bitis arietans) has caused an estimated 40,000 deaths annually in Africa. The outcome is poor if there’s no proper clinical management and anti-venom.

Thus, it’s important for exotic pet owners to have a plan and access to the appropriate and adequate anti-venom if they’re going to keep a medically significant species.

However, it is entirely inappropriate to expect any medical facility in the country to stock exotic animals’ anti-venoms or to get it from zoos. It is the responsibility of the one bringing in the exotic venomous species, to also bring in the appropriate and adequate anti-venom for the exotic species.