A probe to hear the experiences and plights of house officers and junior doctors will also be initiated. 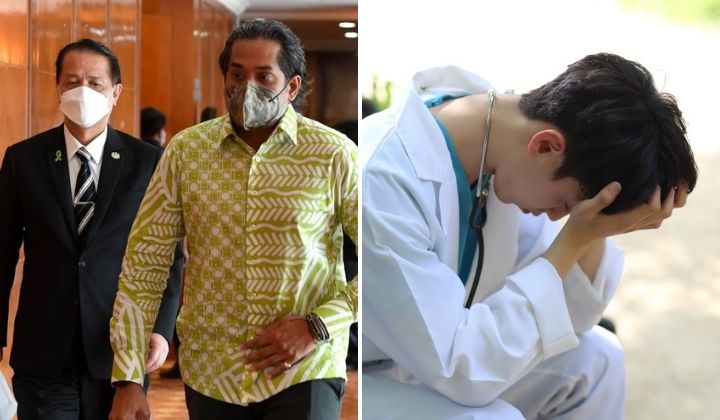 After the death of a houseman in Penang, there have been speculations about the toxic work conditions in hospitals, and calls to look into the treatment of doctors increased.

The toxic work environment lasted for a long time because it’s seen as a rite of passage that every houseman must go through.

The Malaysian Medical Association (MMA) has received more than 120 complaints from medical professionals since 2017.

A task force will be set up

In light of these persistent issues, the Health Ministry (KKM) will set up an independent task force to probe claims of a workplace bullying culture within its departments.

Health Minister Khairy Jamaluddin said he had been given an early report on the death of the houseman from the head of the trainee doctors’ department. The police are also completing their investigation.

Bullying culture is wrong and cannot be tolerated anywhere, especially in hospitals. We are awaiting for the police investigation to conclude and the post-mortem report including the chemistry results.

Junior doctors will be heard

Malaysiakini reported that Penang state executive councillor Dr Norlela Ariffin will hold a probe through the Penang Health committee to hear the experiences and plights of junior doctors.

The meeting will be minuted and its resolutions will be passed to the health minister. Dr Norlela said the probe would first hear from house officers and junior doctors before inviting hospital authorities and health department officials.

The Health Ministry has thousands of sincere and hard-working staff who save thousands of lives. I have received so many valuable insights on issues faced by house officers and junior doctors, along with suggestions on how to revamp the system. I wish the Health Ministry would change the culture of keeping everything under wraps. It is frustrating because it is hard to penetrate these walls to get the truth and solve real problems

Over 120 Complaints About Workplace Bullying Lodged By Housemen And Senior Doctors, Says MMA