The fuel shortage only affected RON95 petrol while the pricier RON97 is still available. 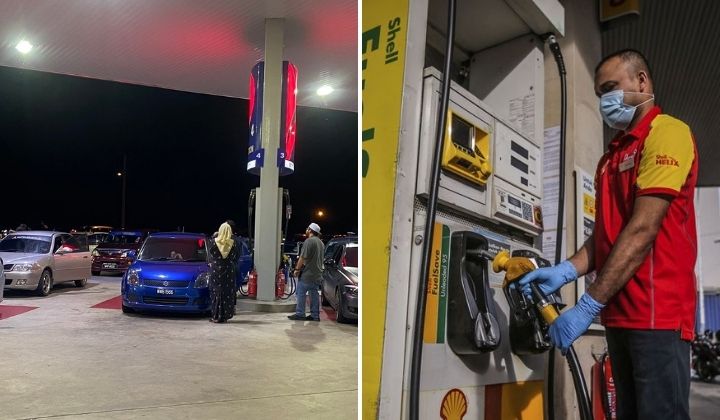 Petrol stations along major highways are reportedly running empty, and those who are making their way home after Raya have complained online.

According to a Twitter user Shasya (@shasyaedora), there’s a petrol shortage from Besut to Kuantan. She also posted pictures of cars waiting in petrol stations.

Another person @winn3risg said there was no petrol in a petrol station in Penang as well.

The Star reported that the acute fuel shortages are mostly happening on the east coast.

Netizens are also frustrated that many petrol stations had run out of RON95 petrol and only the pricier RON97 is available.

The fuel shortage is confirmed

According to Sinar Harian, the Ministry of Domestic Trade and Consumer Affairs (KPDNHEP) confirmed there’s a fuel shortage in several petrol stations in Terengganu.

Each petrol station has a limited petrol quantity that can be used for a set time period but due to the high consumption during Raya, the petrol finished before the refill date.

He added that the fuel shortage only affected RON95 petrol and expects the situation to return to normal in stages.

The Malay Mail reported that it might take some time to refill the petrol stations because the heavy traffic will slow down the lorry tankers.

This Raya is different from others, it was a surprise. The sale has been crazy. Usually it is 20 per cent up from normal days, this time it is 40 per cent up,

RFID Refuelling Excites Netizens Because It Makes Everything Fast, Convenient And Cashless