Netizens are wondering why the nation’s army would be linked to the bad guy in the Star Wars universe. 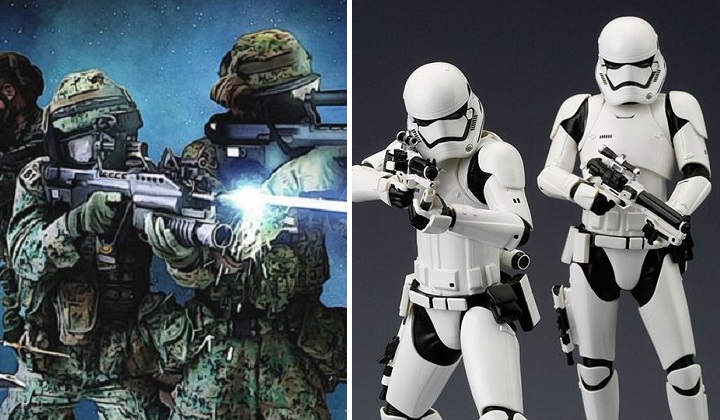 There’s no doubt that the Star Wars universe is packed full of interesting characters which totally relatable to movie buffs and critics alike.

However, Singaporean Army attempts to celebrate the Star Wars day which fell on 4 May (giving birth to the May the Fourth be with you mantra) perhaps doesn’t go according to the plan.

In its Facebook post yesterday, the Singaporean Army posted a poster that asked for the Stormtroopers to step aside to make way for the republic’s army.

This however doesn’t sit well with the republic’s netizens who were left puzzled with the post.

This is either very unfortunate or very revealing pic.twitter.com/DJLoZzmPuO

For starters, the stormtroopers are the bad guy in Star Wars as the white armies served the Galactic Empire under the rule of Emperor Palpatine a.k.a Darth Sidious, the Sith Lord that turns Anakin Skywalker to the dark side and later assumes the identity of the Darth Vader.

Some Singaporean netizens even jokingly question whether the fact that Singaporean Armed Force is likened to the Stormtroopers prove that the republic is the “bad guy”.

But that is not the worse part as several netizens also point out that Stormtroopers are famously bad at shooting, often missing the target that lies in front of them.

Do they not know that the one defining feature of the stormtroopers is their inability to hit anything with any level of accuracy? https://t.co/zmuupD4nkE

Stormtroopers are infamous for being bobo shooters..

Despite being an informal commemorative day, Star Wars Day was annually observed on May 4 by fans globally.