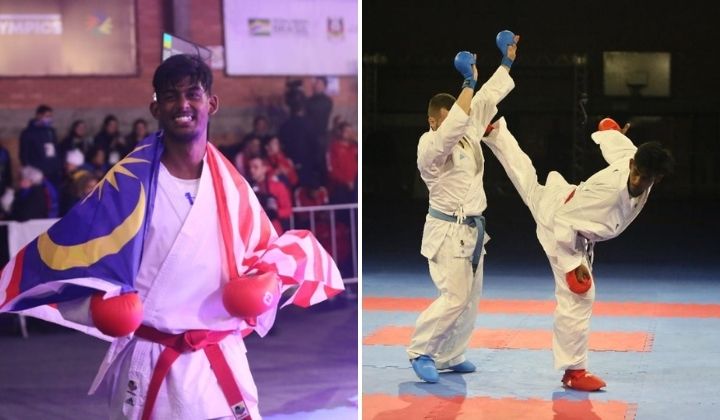 V Yilamaran has made Malaysia proud after winning the silver medal at the 24th Deaflympics in Caxias do Sul, Brazil, on 3 May 2022. It’s Malaysia’s first medal and Yilamaran’s first outing in the competition.

Bernama reported that the 22-year-old national deaf karate exponent from Johor lost to Makhno Oleksanr of Ukraine in the final of the men’s kumite below 84kg category.

Yilamaran earlier defeated Brazilian Sergio Garcia in the first round, followed by Israel’s Avi Bokler in the quarter-finals and Iran’s Abdolghafour Ebhahim in the semi-finals.

National contingent head Ong Shin Ruenn, who was also in Brazil to watch the competition, said he was very proud of Yilamaran’s achievement.

For Ong, the national deaf sports contingent has the opportunity to add to the medal tally through other sports such as badminton, cycling, and athletics.

Youth and Sports Minister Datuk Seri Ahmad Faizal Azumu also congratulated Yilamaran on Facebook and said he was proud of the lad’s achievement.

In appreciation of his efforts and success, Johor Menteri Besar Onn Hafiz Ghazi said the Johor state government is awarding RM8,000 to Yilamaran.

Well done, Yilamaran! Hopefully, his win will motivate the other Malaysian athletes who will be competing in other sports at the Deaflympics.

The Deaflympics started on 1 May and will end on 15 May.