His friends only realized he fell when he didn’t return to his room. 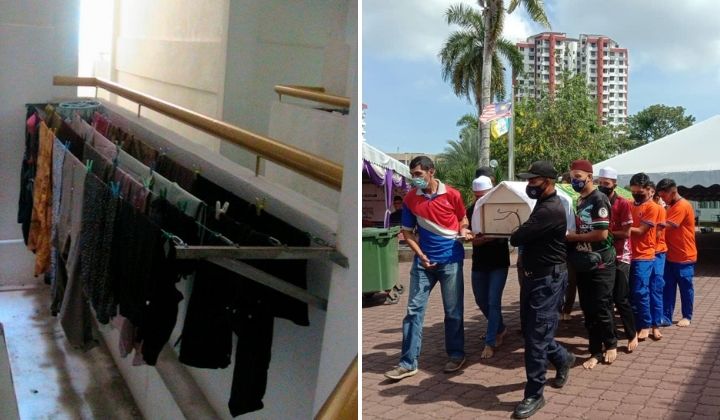 A student from the School of Education Studies, Universiti Sains Malaysia (USM) was found dead after he was believed to have fallen from the eighth floor of Desa Siswa Tekun on 25 April.

The Sun reported that 22-year-old Lukman Hakim Mat Rani in Penang slipped and fell when he tried to retrieve his clothes which had dropped from the clothesline.

According to Al Hijrah, some of the Lukman’s friends explained that he climbed over the corridor pillar on the eighth floor to reach for the clothes before falling to his death.

They only realized he fell when he didn’t return to the room. They found his body when they went out to look for him around 10.30pm and alerted the university management and police.

According to Utusan, the body was sent to Hospital Pulau Pinang for post-mortem.

In light of this incident, USM deputy vice-chancellor (Sustainability and Institutional Development), Prof Dr Md Roslan Hashim said the university had taken all the necessary measures including forming a team to look into all the student facilities, especially at hostels to ensure their safety.

Lukman, the fifth child out of eight children, was supposed to return to his home in Kampung Penambang, Kota Bharu in Kelantan by bus on 30 April for Hari Raya.

The last time they spoke was during a video call two weeks ago and he told her that he didn’t manage to get new Raya clothes. Wan Rubiah said he bought blue Baju Melayu for him and the other children.

A netizen expressed shock at the news because the incident happened at her former university.

She said she used a broomstick, a broom or a mop to retrieve her laundry if it fell. She was also surprised to know that the victim dared to climb over at that height.