Cosmetics mogul and entertainer Aliff Syukri was questioned by SKMM for nearly five hours and gave full cooperation with the authorities yesterday. 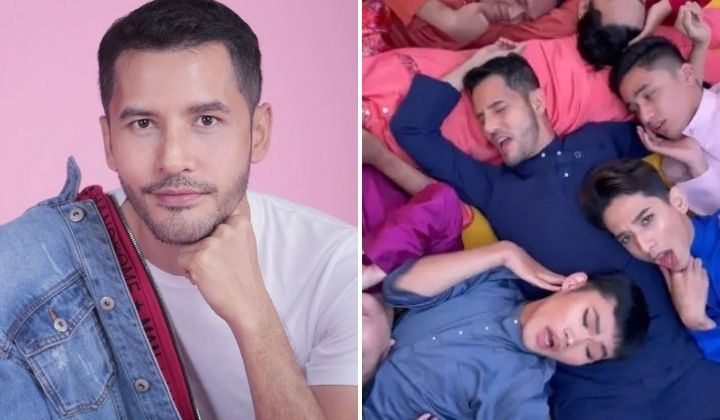 The Malay Mail reported that the controversy focused on the effeminate behaviour of the male backup dancers featured in the music video. Critics found the video inappropriate for Hari Raya and the holy month of Ramadan.

According to Harian Metro, Aliff Syukri was also criticised by his mother, entrepreneur Rozita Ibrahim.

He arrived at SKMM around 9.58am yesterday, 26 April, and was questioned for nearly five hours regarding his music video.

He apologised for what he did and pleaded with the public to stop blaming his family members for his actions.

Comsetics mogul Aliff Syukri said after being questioned by SKMM

Aliff Syukri also thanked SKMM and said he has given full cooperation to the authorities.

The cosmetics mogul is not a stranger to controversies. As an entertainer as well, he’s popular on social media platforms such as Instagram and loves sharing his life online.

Kelepok Raya isn’t his first music video. One of his previous videos that was liked by netizens was his Bollywood-themed music video in his home with his family.