She will be transferred to the Johor Police Contingent headquarters, said Deputy Inspector-General of Police Datuk Razarudin Husain. 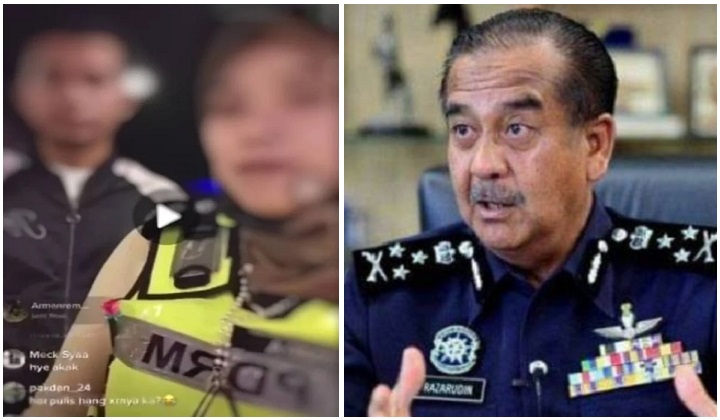 The policewoman who had recently made headlines for making a live TikTok recording during a raid on an entertainment premise will be transferred out from the Bukit Aman Narcotic CID.

According to Bernama, the policewoman will be transferred to the Johor Police Contingent headquarters.

The matter was confirmed by the Deputy Inspector-General of Police Datuk Razarudin Husain.

Last Monday, Bukit Aman confirmed that the policewoman is an officer from its Narcotics CID. Director Datuk Ayob Khan Mydin Pitchay said that based on preliminary investigation, it was learned that the TikTok post was a personal message to promote her TikTok account.

READ MORE: [Watch] Bukit Aman Probing Cop Who Did A TikTok Live During A Raid

In the one-minute and 38sec video, the policewoman is seen talking about a police raid at an unknown entertainment outlet.

She also told her followers to keep following her update and wish that she could reach 100,000 followers on her TikTok account.

Bukit Aman had also issued a directive to bar its personnel from sharing social media content of themselves while on duty.