The Communications and Multimedia Ministry (MenKOMM) had received multiple complaints for the controversial video. 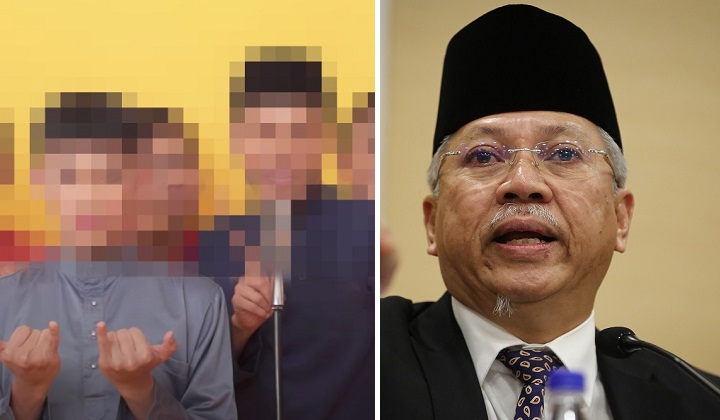 All individuals identified in controversial cosmetic entrepreneur Aliff Syukri’s Aidilfitri video clip have been summoned by the Malaysian Communications and Multimedia Commission (MCMC) for an investigation.

According to a report by Bernama, the individuals involved in the video clip had been asked to show up at MCMC headquarters in Cyberjaya this morning.

Annuar also confirmed that his ministry had received multiple complaints regarding the video, especially from the Department of Islamic Development Malaysia.

Meanwhile, Aliff was seen arriving at the MACC headquarters at 9.58 am this morning.

Netizens had also slammed Aliff for the making of the video, which shows several male dancers putting on makeup and acting effeminately.

Despite the barrage of criticism that went against Aliff, there are also those who believe that the action is too harsh and question whether the entrepreneur had committed any crime in making the social media content.

Yesterday, Minister in the Prime Minister’s Department (Religious Affairs) Datuk Idris Ahmad criticised the video music, saying that it was not in line with our culture and Islamic values.

He also deemed that the video was not suitable to be linked with Aidilfitri.