The government will jointly borne the discounts on all 30 highways together with the highway concessionaires which is expected to cost RM77.11 million. 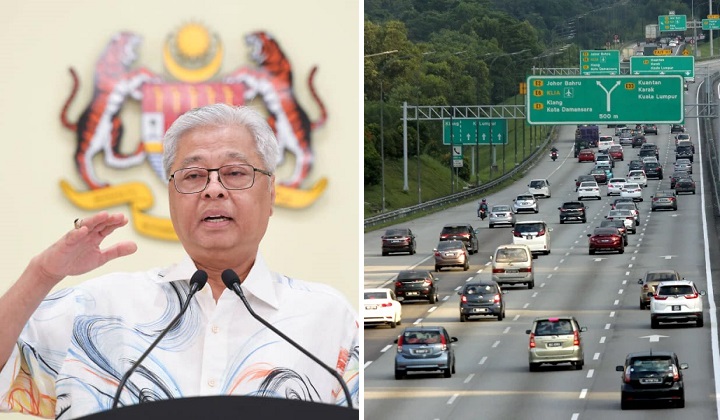 Malaysians planning to return home for Aidilfitri can rejoice as the government today announced free tolls and discounts for all vehicles on 30 highways nationwide between 30 April to 1 May and 7 May to 8 May.

Prime Minister  Datuk Seri Ismail Sabri Yaakob said that the government had managed to strike a deal with the highway concessionaires to share the total amount of discounts given to the Malaysian Families, which is expected to cost RM77.11 million.

The free toll provision, according to Ismail, involves the North-South Expressway under PLUS Malaysia and the East Coast Expressway (LPT) under Anih Berhad.

He added that the toll-free travel on the North-South Highway and LPT will also be given on May 7 and 8.

“Meanwhile, a toll discount offer of between 30% and 50% will be given to other highways on the same date and time to all vehicles,” said Ismail.

Ismail said that it is hoped that the move would further bring cheers for the rakyat to celebrate Aidilfitri with their loved ones.

“The government’s decision also takes into consideration the impact of the pandemic on the Malaysian families’ source of income and to reduce the burden of highway users, especially the low-income group.

“At the same time, I hope the Malaysian Family can be tolerant and always be patient with the presence of millions of vehicles on the highway during the upcoming festive season. Drive carefully and always be careful on the road,” he said.