The suspects have previous criminal records. 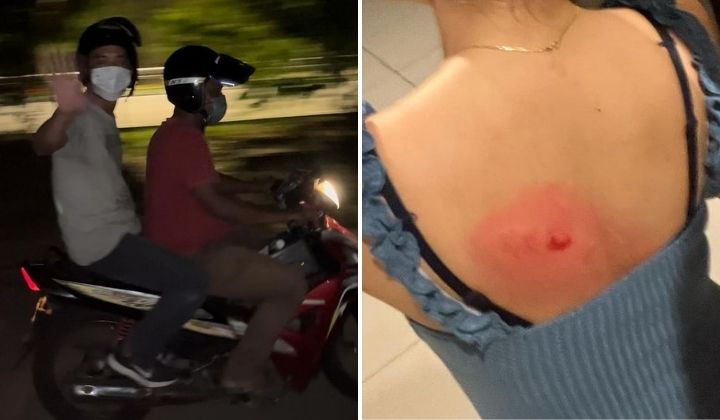 The two men who catcalled and then hit and bit a 25-year-old woman near Publika have been arrested separately.

According to Malaysiakini, the 34-year-old suspect admitted to catcalling and hitting the woman with a stick, wounding her on the back.

Sentul district police headquarters chief ACP Beh Eng Lai said the 34-year-old suspect attacked her with a stick and tried to snatch her phone when she began recording.

He initially tried to flirt with the victim but was turned down.

The case is investigated under Sections 393 and 323 of the Penal Code for voluntarily causing hurt and attempting to commit robbery.

The 25-year-old woman known as Lucid Soda was walking to Publika with a friend when they were trailed and catcalled by two men on a motorcycle.

They were attacked by one of the men. When Lucid put up a fight, she was bitten and hit by a stick when she tried to run away.

They managed to seek shelter at a school nearby when the security guard opened the gate to let them in. By then, the two men had escaped.

READ MORE: [Watch] Catcalled, Hit And Bitten Near Publika, Woman Was Assaulted By Two Men On A Motorcycle