The Ferrari driver hit and choked a man when he was confronted for hitting the man’s car. 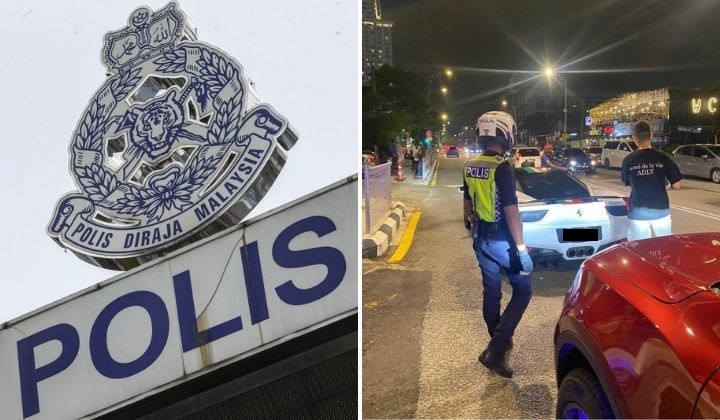 Twitter user Aqil (@qiltinho) asked for help from netizens to send him videos of his assault after he was beaten up by a man who drove a Ferrari.

On the night of 19 April, Aqil, who was in a red Proton X70 with a female friend, waited at the traffic lights at Jalan Sultan Ismail.

When the lights turned to green, the white Ferrari in front of them reversed and hit his car. Aqil hit the horn as a warning to the driver in front.

help me rt! i need the videos where he beat me up last night for the strong additional evidence. thank you again 😇 pic.twitter.com/sPjlnS6NgU

Instead of getting down to talk, the Ferrari sped off towards Kampung Baru so Aqil decided to give chase. Due to the high traffic, the Ferrari driver stopped outside a Perodua premise at Jalan Raja Abdullah.

When Aqil confronted the man, the driver denied reversing into Aqil’s car and started threatening him. The man grabbed Aqil’s phone and threw it away.

The man started choking and punching Aqil’s head until Aqil fell to the ground. He continued choking Aqil before members of the public stepped in to help.

According to Aqil’s tweet, the Ferrari driver also threatened Aqil’s friend and tried to take away her phone when she wanted to take pictures of his car as evidence.

The police arrived a few minutes later. In his police report, Aqil said he suffered injuries on his elbow, ankle and body.

The suspect has been identified

According to Utusan, the police have identified the suspect who drove the Ferrari. The case will be investigated under Section 323 of the Penal Code for voluntarily causing hurt.

If convicted, the suspect faces imprisonment of up to one year or a fine of up to RM2,000 or both.

Netizens advised Aqil to try asking the businesses in the area whether their CCTV recorded the incident and told him to get a dashcam after this ordeal.

One of them wondered why the Ferrari driver chose to become aggressive when he could have talked it over with Aqil.

On the other hand, a netizen asked why Aqil didn’t lodge a police report instead of giving chase.

Some of them claimed that the suspect has a bad reputation as an unscrupulous seafood seller who has cheated customers.

Try asking the shops & business premises around the area. Quite sure they have CCTV installed.

After this u should install a dash camera..

I think he kenna expose like 1month ago or something. He try to cheat some people.