The Saudi Ministry of Haj and Umrah had previously announced that only one million pilgrims will be allowed to perform the haj this year. 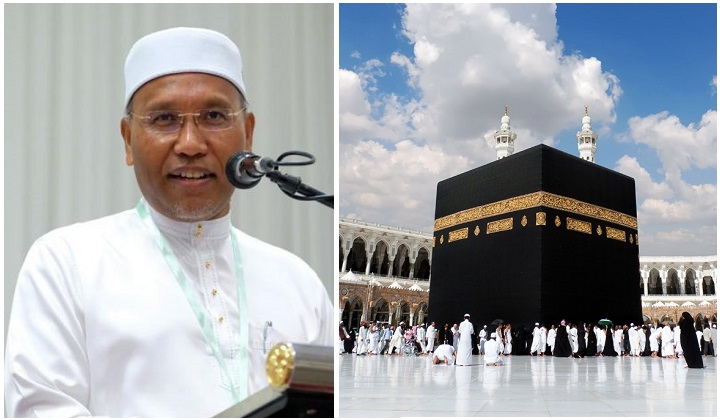 Malaysia has been allocated a 14,306 haj quota for this year by the government of Arab Saudi, said Minister in the Prime Minister’s Department (Religious Affairs) Datuk Idris Ahmad.

According to Idris, the Saudi Arabian government has limited the number of pilgrims allowed for the haj season this year to a million local and international pilgrims, a 60% down compared to the total pilgrims allowed to perform haj in 2019 which stands at 2.5 million people.

The Saudi government also allocated 85% of the total pilgrimage this year for international pilgrims, which is a 10% increment from 2019, he added.

“Therefore, I am pleased to announce that the Malaysian haj quota received from the government of Saudi Arabia is 14,306 people or 45% of what we normally received every year.

“The same percentage also (45 %) applies to all other countries,” Idris said in a special announcement to announce the Malaysian haj quota this year which was aired live on Facebook.

The usual haj quota for Malaysia prior to the pandemic was 31,600 people.

“This is good news for Muslims in Malaysia who have been waiting for 2 years due to the Covid-19 pandemic (to perform haj),” said Idris.

On 9 April, the Saudi Ministry of Haj and Umrah announced that a million pilgrims aged under 65, both domestic and foreign, will be allowed to perform the haj this year.

The pilgrims however must have had Covid-19 vaccinations approved by the Saudi Health Ministry and will need to present a negative PCR test taken within 72 hours of the time of departure.