The Singapore court dismissed the argument that Nagaenthran should be spared because he’s mentally impaired. 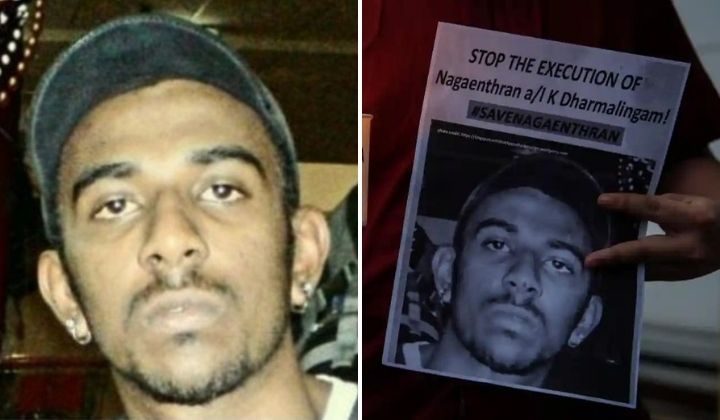 Malaysiakini reported that the court rejected the appeal against Nagaenthran’s appeal in March and dismissed his legal team’s argument he should be spared due to his mental impairment.

His lawyer M Ravi said the news is heartbreaking and claimed that Singapore would not recover from the international disgrace of hanging an intellectually disabled person.

Everything from the beginning is wrong about this case. Even the government psychiatrist at the trial admitted that Nagaenthran suffered from an abnormality of the mind. I will say that all Singaporeans will have blood on their hands next Wednesday as the execution is done in their name. You have a duty to stop this.

Why is Nagaenthran on death row in Singapore?

Nagaenthran, a Malaysian, was arrested at Woodlands checkpoint for trafficking 42.72g of heroin in 2011 when he was 21-years-old.

He has been diagnosed with borderline intellectual disability with an IQ of 69 and has Attention Deficit Hyperactivity Disorder (ADHD) during a forensic psychiatric evaluation.

It was believed that he was coerced to become a drug mule by a friend who had assaulted him and threatened to kill his girlfriend.

Nagaenthran is not the only Malaysian facing death row in Singapore. The others include Pannir Selvam Pranthaman and Pausi Jefredin, who also has an intellectual disability and an IQ level of 67.

READ MORE: Malaysian Death Row Inmate In Singapore Pens A Song To Give Hope To Other Inmates

Nagaenthran Has Been Executed, Last-Ditch Effort To Save Him Failed