Netizens criticised a lawyer for sharing cross-examination details with a prosecution witness too. 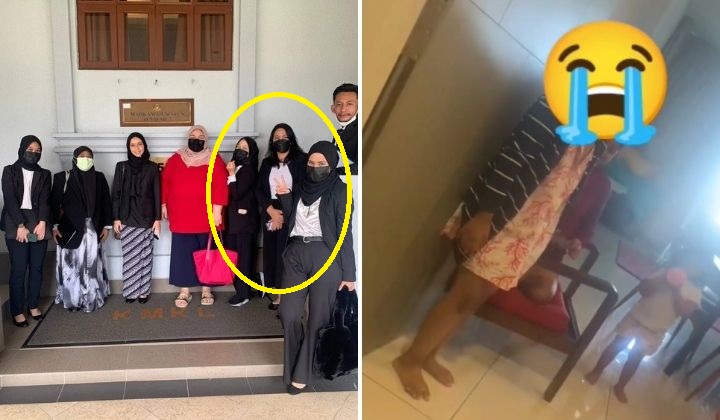 The case concerning Siti Bainun Ahmad Razali, the founder of the Rumah Bonda welfare home, and Bella, the 13-year-old girl with Down Syndrome whom she allegedly abused has become a hot topic again among netizens due to one of the lawyers.

Siti Bainun has a team of lawyers and one of them, Hafidzah Hassan, shared some case details on Twitter.

Hafidzah shared details from her cross-examination with the fifth prosecution witness, Yasmin Nahar Mahmood, an  18-year-old resident of Rumah Bonda.

However, what irked netizens more was the group photo attached together in the Twitter thread. The photo showed the group of lawyers and Siti Bainun (in red) with peace and ‘heart’ signs.

Netizens said they understood that criminals have the right to be represented by lawyers but the lawyers shouldn’t behave gleefully especially when they’re defending a criminal.

For most of the netizens, the laidback or cheerful attitude conveyed by the lawyers was unbecoming and showed a lack of compassion and conscience for Bella who was abused by Siti Bainun.

They also questioned the motive of the lawyer for sharing the cross-examination details.

I could understand this is your work. But it’s quite suspicious when you share about this on socmed. Even in tiktok. Before this, you didnt share about the cases you handled isnt it?

Even lawyer Syahredzan Johan said he wouldn’t take photos with criminals and post them on social media although he believes criminals have the right to legal representation.

Another netizen said sharing details of the court case in public while it’s ongoing can be considered sub judice.

I have represented individuals who I personally think are scum of the earth. But even scum have the right to legal representation.

Everyone has the right; this is the principle I believe in.

But I wouldn’t take photos with these kind of people and post them on my social media.

When lawyers talk about ongoing cases, especially high profile ones & there has been quite a few, I do wonder if it really is just for their branding / marketing or is it to skew public opinion? Either way, if a case is still ongoing, it’s sub judice.

Another netizen compared Siti Bainun’s legal team to the lawyers who defended known serial killers and pointed out the differences in behaviour.

What has the court heard so far?

According to Malay Mail, the Sessions Court was told yesterday (14 April) that Bella was fed rotten chicken mixed with chilli, chilli flakes, vinegar, turmeric, salt and soy sauce during the fasting month by Siti Bainun.

The witness Yasmin said Bella was told by Siti Bainun to finish the rice although she was already full because she ate in secret when Siti Bainun wasn’t at home.

On top of these cruel acts, Siti Bainun also kicked Bella in the stomach for not listening to her instructions. She also threatened to pour hot water on Bella if Bella failed to finish all the chillies.

She would instruct Yasmin and Aida to hold Bella and force her to kneel.