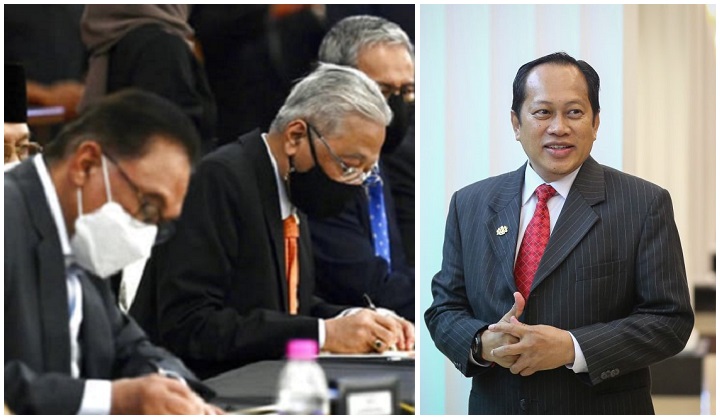 Umno announced that the political ceasefire with Pakatan Harapan (PH) will not be continued once the memorandum of understanding (MoU) inked with the opposition bloc ends on 31 July, said the party’s secretary-general Datuk Seri Ahmad Maslan.

The decision not to prolong the MoU was reached by the party’s Supreme Council in its closed-door meeting chaired by president Datuk Seri Ahmad Zahid Hamidi, said Ahmad in a statement issued yesterday.

“The position of the memorandum of understanding (MoU) between the federal government and Pakatan Harapan that will end on July 31, 2022 will not continue,” the statement reads.

Calls to end the truce with PH grew louder especially within Umno’s ranks following the historic defeat of the government’s motion to extend a provision under the Security Offences (Special Measures) Act 2012 (Sosma) by a bloc voting which was called by PH lawmakers.

Umno’s hevyweights, including party president Ahmad Zahid Hamidi had also previously called for the government to end the MoU with PH since the sentiment among voters are favourable towards Umno as evident by BN’s performance in the Melaka and Johor state election.

Zahid had also suggested for the government under the leadership of Prime Minister Datuk Seri Ismail Sabri Yaakob, who is one of Umno’s vice-presidents, to dissolve the Parliament to pave way for an early general election.

Last month, Ahmad Zahid also expressed that the party has no intention to extend the political ceasefire and suggested the government dissolve the Parliament to pave the way for a premature general election.

On 13 September 2021, the government had signed an MOU on Transformation and Political Stability with PH for the sake of the nation’s political stability, following the change of two governments since the 2018 general election.