The government had tried its best to promote the 3D sectors to the locals to no avail. 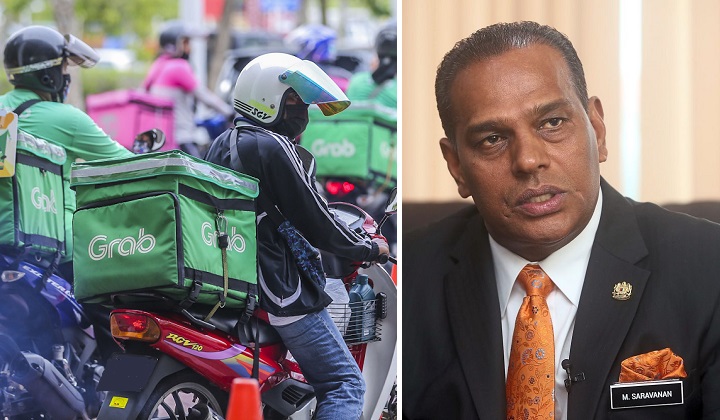 Human Resources Minister Datuk Seri M. Saravanan reveals that Malaysians would rather be food delivery drivers than to work in the 3D (dirty, dangerous and difficult) sectors.

He said that the scenario had changed since the booming of the gig economy and that it is no longer the employer’s market now.

“Why would someone work in a plantation sector when they could become a Grab delivery driver?

“It is for this reason that we must move forward in bringing in the workers and rolling out automation,” Saravanan was quoted by The Star.

He said that the government had tried its best to promote the 3D sectors to the locals to no avail.

Meanwhile, Saravanan said that a total of 24,560 foreign workers were expected to complete their interviews by 27 April to enter the nation.

Another 154,560 workers are also expected to come in after completing their verification process in six weeks.

“We have received a total of 519,937 applications as of April 7 across all sectors, but 290,937 applications did not click the send button. As such, we are in the midst of contacting them to guide them on how to do the applications.

“Some 40,000 were rejected immediately for several reasons such as incomplete forms and not following guidelines,” he said.

He said that the number of new applications from foreign workers to work in the country would make up for the number of migrant workers who left Malaysia following the Covid-19 pandemic.

“Industry players were upset when we did not let foreign workers come in and it was unfair to them as they continued to suffer losses. The plantation industry alone suffered losses of RM20bil, but now we are moving forward.

“For the past two years, no foreign workers have come in and, before this, there were higher officers who could approve these applications and oversee such matters. That is no longer the case as everything is done online,” Saravanan added.