The Penang government had identified the sources of the pollution decades ago and had even formulated strategies to tackle the issue. 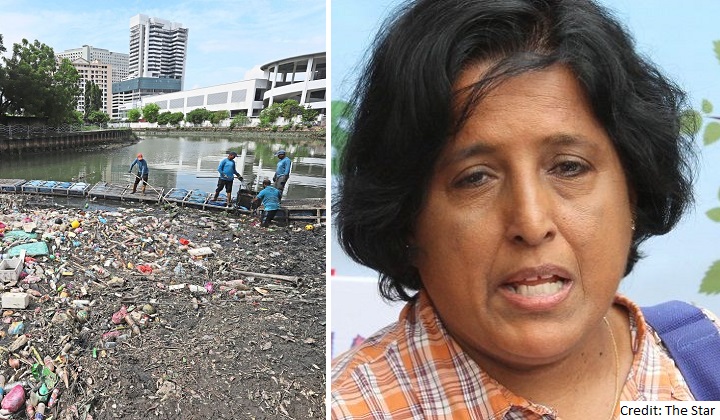 News that a tonne of rubbish is being collected from the log boom in Sungai Pinang, daily is nothing surprising since it was a long-standing issue, according to Sahabat Alam Malaysia (SAM).

The environmental non-profit organization also said that the continuous littering of the river in Penang stemmed from a lack of aggressive enforcement action by the government.

Citing statement made by the Penang Infrastructure Committee chairman Zairil Khir Johari that attributes the pollution to the attitude of the community who continued to throw their rubbish indiscriminately into the river, SAM questions why would the community continue to do so.

“We often associate littering with people’s behaviour but we need to find out why are they doing so.

“Is it a question of lack of education, apathy or is it a matter of poor management of waste disposal and inadequate infrastructure?” SAM president Meenakshi Raman said in a statement.

Meenakshi also points out that Penang’s Waste Segregation at Source (WSAS) Policy in 2016 had been enforced since 1 June 2017.

“Why are citizens not complying with the regulations under the Local Government Act where they are required to segregate their waste into two streams – recyclables and general waste before collection?

“We believe with education, adequate waste management planning, supporting facilities including for collection of bulky items, proper implementation and stringent enforcement the problem of waste dumping can be addressed,” she said.

She noted that the state government had planned to address the Sungai Pinang pollution by building parallel drains that would trap the rubbish from being washed into the river, adding that together with river clean-ups, it may help to reduce the volume of waste in the river.

She however points out that the river pollution would still be a problem if it was not stopped at the source.

“Solid waste in the form of trash, bulky waste and garbage in rivers are visible. We also need to be aware of other pollutants such as organic waste, sewage, chemicals and microplastics,” she said.

She also added that it is important to understand all the sources of this river pollution.

“The Penang government, many decades ago had identified the sources of pollution in the Sungai Pinang River Basin and come up with strategies to address the pollution problem, including environmental education to citizens to stop littering.

“It is high time the government starts to aggressively implement these action plans.”