MACC move to investigate the project after it went viral on social media with netizens questioning not only the cost, but also the quality of the “simple” wooden jetty. 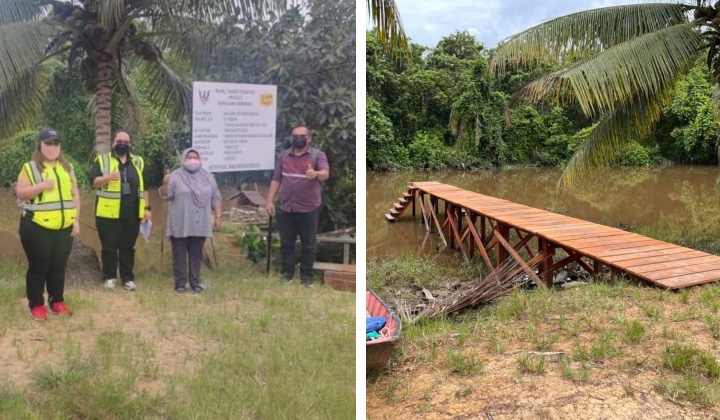 The Malaysian Anti-Corruption Commission (MACC) says that no elements of corruption were found in the construction of an RM50,000 wooden jetty in Kampung Mutap, Bekenu in Sarawak.

“Our investigation shows no indication of any corruption or malpractice in the project,” MACC said in a statement.

The anti-graft body also added that experts had confirmed that “belian” timber was indeed used for the construction of the wooden jetty.

Meanwhile, Berita Harian reported that the MACC headquarters had instructed its Sarawak chapter to conduct the investigation since the issue went viral recently.

Quoting a source, Berita Harian reported that the Sarawak MACC didn’t find anything amiss in the construction process.

“The headquarters has instructed the Sarawak MACC to look into the project under the state Public Works Department (JKR), following allegations of high costs raised by the public,” the source was quoted by the Malay daily.

The recent completion of a simple wooden jetty at Kampung Mutap in Bekenu, Sarawak has caused an uproar among netizen who are sceptical at the quality of the work produced.

The Sarawak Public Works Department (Sarawak JKR) had also clarified that the cost estimation for the project was made based on its schedule of rate for the year 2020, with the rate of RM9,000 per metre cube for the belian timber used for the construction is lower than current market price.

The Sarawak JKR also added that the project cost also took into account the condition of the road access leading to Kampung Mutap where there are no paved roads, logistics and safety as the area is also infested with crocodiles.