Luckily for him, someone had pushed the emergency button to stop the escalator. 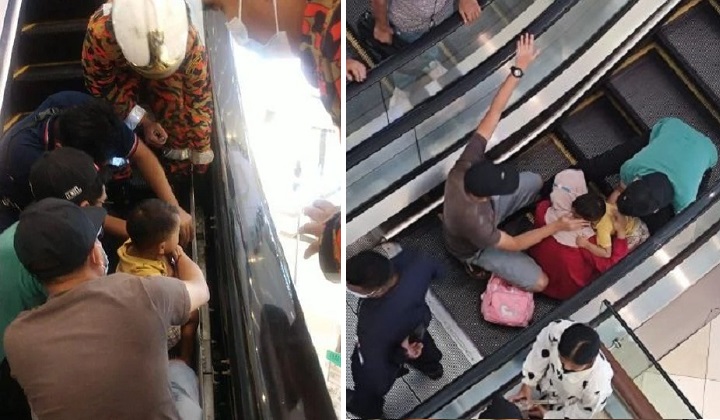 A three years old boy’s trip to the mall with his family almost turned into a nightmare after he accidentally lodged his right foot in an escalator at Putrajaya yesterday.

Prior to the incident, the boy was taking the escalator down from the second floor of the mall together with his parents before his foot got caught by the moving escalator.

A witness to the incident said that she heard the boy scream loudly when the incident occurred, adding that he is lucky that somebody quickly pushed the emergency button to stop the escalator when it happened.

“The toddler cried for almost one hour before the fire and rescue department came to extricate his foot,” the witness, who wishes to be identified only as Nurul, was quoted as saying by Bernama.

Selangor Fire and Rescue Department (JBPM) director, Norazam Khamis said that seven firemen from the Cyberjaya fire station were rushed to the scene after the department received an emergency call at 1.48pm.

“The victim’s foot was extricated half an hour later and he was taken to the Serdang Hospital for further treatment,” he said.