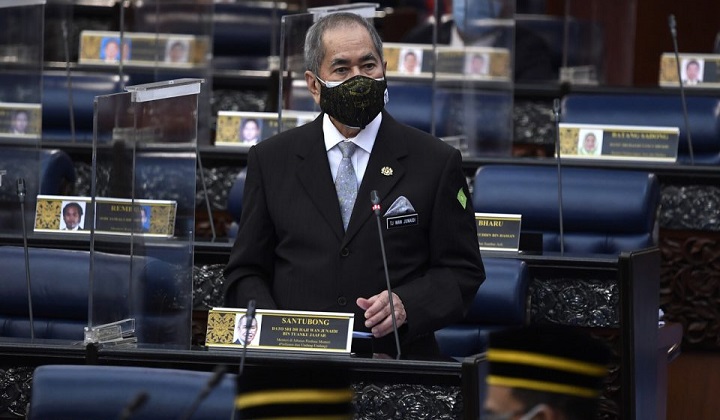 Both sides of the political divide had reached an agreement on three points relating to the proposed amendment to the Federal Constitution to enable a more specific anti-party hopping law to be tabled and approved in Parliament.

The agreement, according to de facto law minister Datuk Seri Dr Wan Junaidi Tuanku Jaafar, was reached during a meeting between both sides which was chaired by Prime Minister Datuk Seri Ismail Sabri Yaakob this morning.

He said that the first point that was agreed upon by the government and Pakatan Harapan was the need to refine the definitions of the restrictions for elected representatives to switch parties as stated in Article 10.

Secondly, both parties agreed to repeal Article 48 (6) of the Federal Constitution, which states that a person who resigns his membership of the House of Representatives (Dewan Rakyat) shall, for a period of five years beginning with the date on which his resignation takes effect, be disqualified from being a member of the House of Representatives.

“And the third point (agreed to) is to formulate a specific law to prevent members of Dewan Rakyat to switch parties, and that these points will be submitted for discussion and consideration by a Select Committee appointed by the House,” Wan Junaidi said when tabling the Constitution (Amendment) (No.3) Bill 2022 at the Special Meeting of the Dewan Rakyat today.

The amendment to Article 10 of the Federal Constitution seeks to insert Clause 3A after Clause 3 – the restrictions on the right to form associations conferred by paragraph (c) of Clause (1) relating to membership in a political party of members of the House of Representatives and members of the State Legislative Assembly may also be imposed by federal law.

Wan Junaidi added that the anti-party hopping bill would also help constrain any elected representatives from switching parties without valid and solid reasons, while also limiting the prime minister’s tenure in office.

He also said the government had also agreed for a special select bi-partisan committee to be set up for the formulation of the new anti-party hopping law, which will comprise all stakeholders, including academicians and representatives from the opposition and the government.