A form four student allegedly mocked one of his juniors over recess before the brawl broke out. 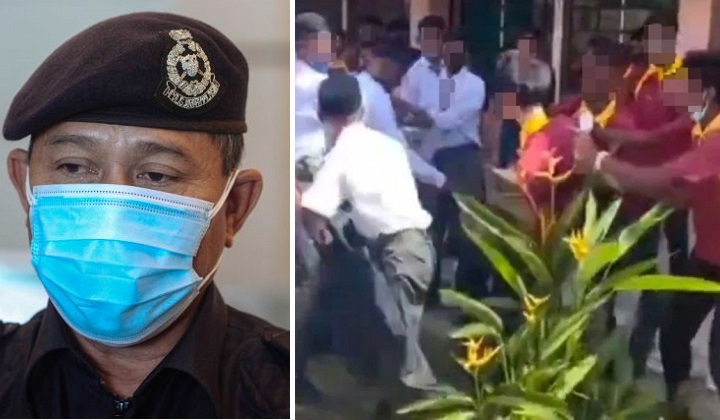 7 secondary schoolboys from a school in Sepang, Selangor were involved in a scuffle after a form four student allegedly taunted one of his juniors.

A recording of the incident, which was recorded by a student at the same school, went viral on social media.

According to Sepang district police chief ACP Wan Kamarul Azran Wan Yusof, the school principal had alerted the Voluntary Patrol Unit (PPS) officers regarding the incident at 11.05am.

He said that two PPS officers responded to the call and went to the school before giving stern warnings and advice to the students involved in the fight.

Wan Kamarul Azran also added that based on the investigation by the PPS officers and the teachers at the school, prior to the brawl, a form four student taunted a form three student during recess before the junior retaliated.

No students were injured during the brawl and all the seven students involved in the fight admitted their mistakes.

“All the students involved in the fight apologised to one another and vowed not to repeat the matter,” he said, adding that no police reports were lodged against the students.

Wan Kamarul Azran however said that the students will be dealt with disciplinary actions by the school.