The driver had lost control of the wheel when driving near a construction site along Jalan Genting Highlands. 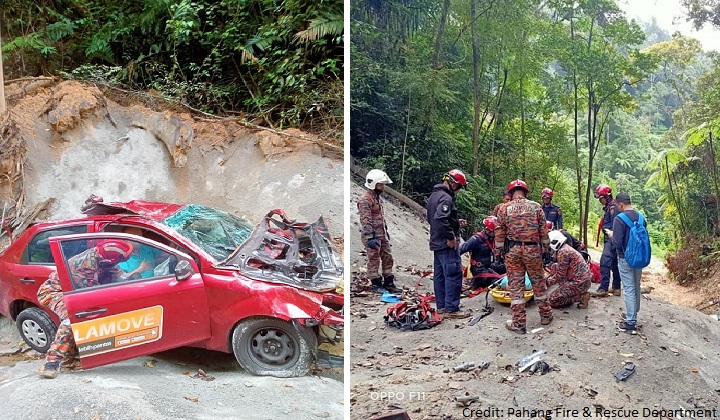 A 48-year-old man escaped with minor injuries to his neck and chest after his car plunged down an 80m ravine at KM5.6 of Jalan Genting Highlands near the hilltop resort yesterday, The New Straits Times reported.

Bentong district police chief Zaiham Mohd Kahar said that the police were alerted by motorists that a car that was heading to the hilltop resort went off the road and plunged into a ravine.

The incident occurred at around 9am and was not far from where a slope construction site was located.

“Investigations revealed the man had lost control of the wheel before crashing into the safety cones at the construction site. The vehicle then plunged into the 80m deep ravine.

“We urge those who were at the scene to come forward to assist in our investigation,” Zaiham was quoted as saying.

He added that the police are investigating the accident under Section 43 of the Road Transport Act 1987.

In a related matter, Genting Highlands fire and rescue department deputy chief Norzaide Zainudin said that firemen had to carry the victim out on a stretcher for about 100m through some bushes as the slope was too deep.

Norzaide said that the victim was not trapped inside the car and was able to communicate with the rescuers about his condition.