The debate is on, as former premier Najib Razak agrees to take on Opposition leader Anwar Ibrahim in a debate on Sapura’s bailout proposal. 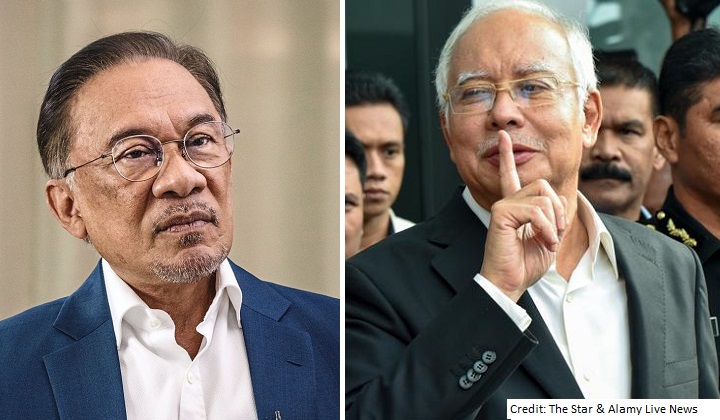 Former premier Datuk Seri Najib Razak had announced that he is ready to face Opposition leader Datuk Seri Anwar Ibrahim over his suggestion to bail out Sapura Energy Bhd by the government.

“Game on. I agree to debate Anwar. Let’s rock!

“I request for Anwar and Rafizi’s (Ramli) team to liaise with the media if there is an intention to broadcast it (the debate) live,” the Pekan MP wrote in his Facebook posting.

Earlier, Anwar had agreed to debate former Najib on the issue of bailing out the oil and gas company.

According to Anwar, he has been ready to take on Najib for a while now, pointing out that he had challenged the former prime minister to debate on the economy a decade ago, but wasn’t entertained by the latter.

“Now he chooses to challenge me during the early part of Ramadan month, after failing to answer Rafizi Ramli’s rebuttals on the issue of Sapura’s ‘bailout’ at a time when the poor and small traders are not cared for,” said Anwar.

Anwar added that he is ready to face Najib “any time for the sake of the country and the people.”

Yesterday, Najib agrees to the challenge by PKR’s veep Rafizi Ramli for a debate on Sapura, and asked the latter to invite Anwar to join in.

After Sapura had announced a loss of RM8.9 billion last year, Najib had called for government intervention to solve the Government-Linked Company’s (GLC) cash flow issues by providing easy interest loans or loan guarantees to Sapura.

The Pekan MP also mooted for the government to instruct Petroliam Nasional Bhd (Petronas) or Khazanah Nasional to take over ownership of Sapura.

The suggestions however drew criticism from Rafizi who said that the mover would only benefit a “handful of elites”, and the money should instead be put to better use to serve the people.