Analysts believe that political lethargy among the voters stems from the uncertainties over the last four years. 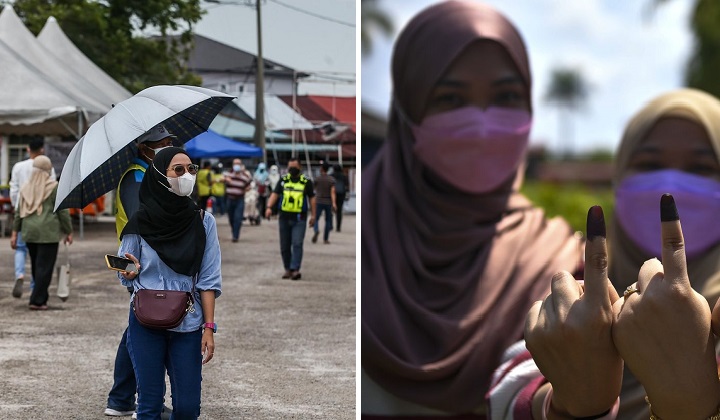 Political analysts cast doubt that the soon-to-be-tabled Anti-Hopping Law will be enough to stamp out the people’s sentiment toward national politics.

Nusantara Academy for Strategic Research senior fellow Prof Azmi Hassan said that the people are unhappy with the political uncertainties over the last four years.

“The low voter turnout in the last three by-elections was also due to the Covid pandemic and not so much due to party hopping.

“By looking at the low voter turnout, it is PKR and Barisan Nasional (BN) that have suffered most even though BN won in Malacca and Johor.

“DAP has not suffered as badly, but it too has seen lower votes from its supporters since the last elections,” Azmi was quoted by theSun.

Azmi believes that even if the Bill were to be passed by the Dewan Rakyat, it wouldn’t address the low voter turnout as seen in the last few by-elections and state elections.

“The voters want their vote to count, and the Bill would play a crucial part in this. The voters pick an MP and they want him to remain loyal to the party he stood for and won.

“The one good thing about the Bill that might attract voters is that if the MP they pick wants to jump ship, he will need to resign and contest again.”

Another analyst, Dr Jeniri Amir said that it is very important how the Bill is presented to the voters to attract them back to the polling booth.

The senior fellow of the National Council of Professors added that political parties too must strive to field well-like candidates in the next general election to garner support from the people.

“Voters are still disgusted with the way the MPs have behaved … putting self-interest before their constituents.”

“The Bill would help with voter turnout but the impact will not be that huge,” he said.

Previously, de-facto law minister Datuk Seri Wan Junaidi Tuanku Jaafar had announced in the Dewan Rakyat that an anti-hopping Bill would be tabled in Parliament as part of reforms of the memorandum of understanding signed between the government and Pakatan Harapan.

The Bill aims to make it harder for MPs to change parties after being elected, while also limiting the prime minister’s tenure in office.

“What Will PBM Bring To The Table If BN Accepts Its Application?” – Analysts Doubt BN Needs PBM In GE15

No Doubt That Tun Mahathir Looking To Become The PM Yet Again, Analysts Say