Alia Nordin said there were no proper places for mothers to breastfeed or nurse their babies too. 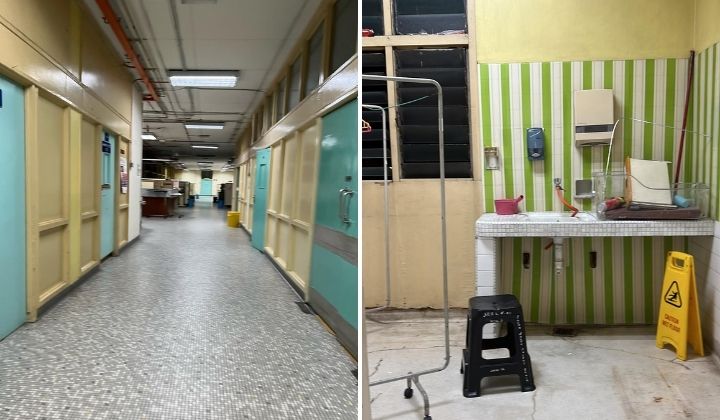 Alia was instructed to quarantine at the hospital with her two-month-old baby because she showed Covid-19 symptoms.

There were no clean or suitable sinks for mothers to clean their breast pump equipment and bathe their newborn babies.

The fridge provided was also not in the best condition to store her expressed breast milk. There were also no specified spaces for mothers to breastfeed their babies or pump. They had no choice but to do it openly in front of other Covid-19 patients.

Alia said she felt so scared that she didn’t even dare to use the bathroom until the following day at dawn.

Despite the poor facilities, she emphasised that all the doctors and nurses were kind and extremely helpful.

My complaint here is purely about the hospital facilities. I hope YB could come down here yourself and look, think and wonder would you let your wife, siblings, or family members quarantine here in such a condition? I am still here and I can bring you for a tour if you are willing.

Alia Nordin wrote in Facebook in an open letter to the Health Ministry.

She added that she wasn’t demanding a first-class service and didn’t mind being quarantined in a government facility but pointed out it should be well equipped and clean for everyone staying there.

He added that no one should be deprived of the best facilities the Malaysian government and KKM could offer.

In a more recent Facebook post, a patient in the ward reached out to Alia to thank her. The patient wrote that the bathroom facilities had been cleaned and the shower had been repaired after Alia’s post went viral.