The e-hailing driver held her at knifepoint and demanded for money. 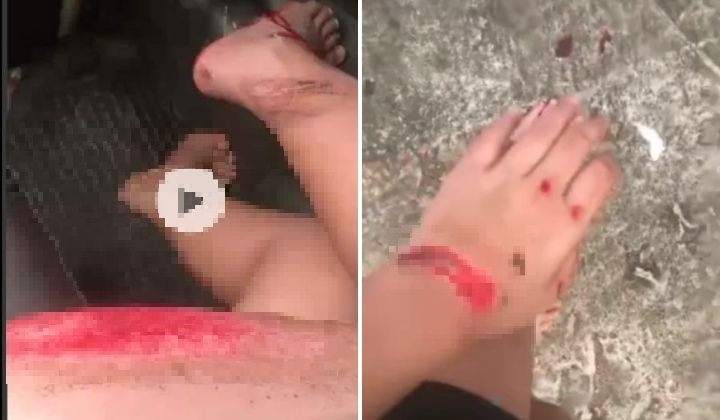 A teenage girl jumped out of an e-hailing car after the driver allegedly molested and robbed her near the Kionsom waterfall in Inanam, Kota Kinabalu on Thursday, 31 March.

The 19-year-old salesgirl got into a dark blue Perodua Axia car to head to work in Menggatal around 9am.

According to The Borneo Post, the driver known only as ‘Zahir’ told the girl that he had to detour using a shortcut because the main route was jammed.

When they got near the Kionsom waterfall area, he asked the girl to sit in the front seat.

Fearing for her life, the brave girl jumped out of the moving car and called a friend for help. Due to her jump, she sustained injuries on her legs and was taken to a hospital for outpatient treatment.

The Star reported that she lodged a police report around 1.14pm on the same day.

Her ordeal was also shared online by a woman who’s believed to be her employer. The employer reminded the public to be careful while travelling in an e-hailing ride.

Police have launched a manhunt for the suspect. Investigations revealed that the car’s number plate was registered to another vehicle.

Anyone with information has been urged to contact investigating officer Inspector Riduan Abd Majidat at 010-514 4059 or head to the nearest police station.